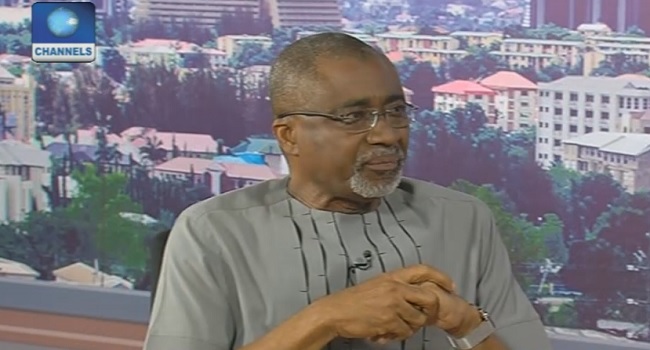 The Peoples Democratic Party (PDP) has asked the Department of Security Services (DSS) to immediately disclose the whereabouts of the Senator representing Abia South in the Senate, Enyinnaya Abaribe, who was arrested earlier today by the agency.

The party also asked the DSS to disclose the reason for the arrest, adding that the agency had failed to allow the senator access to his lawyers and associates.

“The PDP charges the DSS to immediately declare Senator Abaribe’s whereabouts, as well as the charge against him. Moreover, the laws of our nation are clear on the process of arrest and prosecution of any citizen and not recourse to clampdown and intimidation”.

This was made known in a statement signed by the party’s National Publicity Secretary, Kola Ologbondiyan, on Friday.

The party also lamented that the “Gestapo-style arrest of Abaribe has further confirmed the earlier alarm that the APC-led Federal Government has commenced a total clampdown on the opposition and perceived opponents of President Muhammadu Buhari’s 2019 re-election bid”.

Furthermore, the PDP said the clampdown on Senator Abaribe is feared to be in “furtherance of the moves to intimidate and emasculate members of the National Assembly who are known for their outspokenness against the constitutional violations and misrule of the APC administration”.

It also stated that Nigeria is “fast descending into a fascist state where constitutionally guaranteed freedom of speech no longer obtains and citizens are marked, arrested and detained on the whims and caprices of those in power”.

The PDP, therefore, asked for the senator’s immediate release.