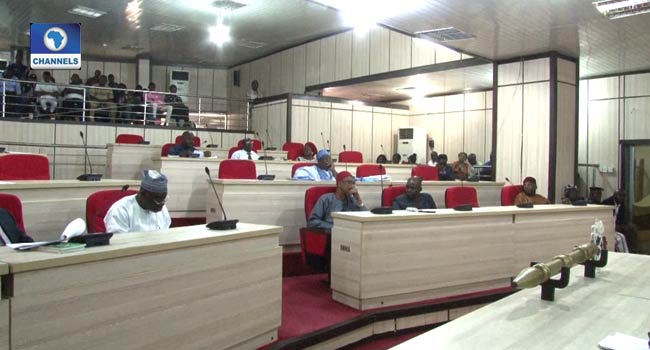 The Benue State House of Assembly on Friday held its first plenary session at the State Assembly complex after the crisis which rocked the Assembly since July.

The lawmaker’s resumption follows the Court Order by the State Chief Judge which granted access to the 22 Peoples Democratic Party (PDP) lawmakers who were earlier shut out of the Assembly in July 2018.

The Chairman, House Committee on Information, Paul Biam, during resumption on Friday said the lawmakers are happy to resume to their duties.

“We are extremely happy; this is the first outing since that judgment was given. The Chief Judge of Benue State when he passed that judgment made it clear that the judiciary has no power in the activities of another arm of government,” he said.

Biam also responded to the allegation that the new leadership under Mister Titus Uba had approved additional N40 billion bond for the governor.

He explained that the approval was given under the leadership of the impeached speaker, Mister Terkimbi Ikyange.

Eight out of the 30 members of the lawmakers from the All Progressive Congress (APC) had earlier in July secured an order restraining 22 PDP lawmakers from sitting at the Assembly Complex.

Also, 15 of the lawmakers were also during the crisis suspended for alleged illegal impeachment of the former speaker, Mister Terkimbi Ikyange.

Human Rights: I Sit Here With A Clear Conscience – Buhari