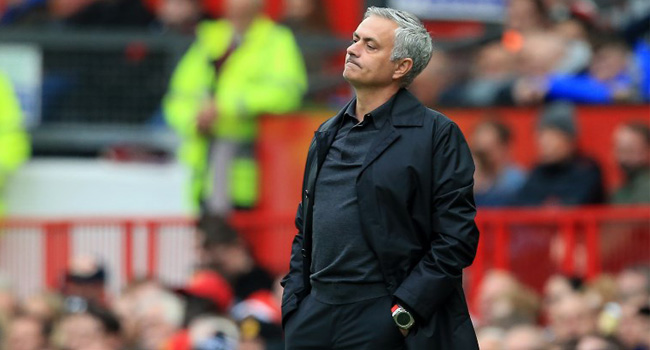 There were reports that Jose Mourinho cried when he heard he had not been selected as the heir to Alex Ferguson’s throne at Manchester United.

Once he finally landed his dream job he only lasted two-and-a-half years before leaving Old Trafford with his reputation seriously tarnished.

The axe finally fell on the Portuguese on Tuesday, an increasingly inevitable divorce as Mourinho fell out with senior squad members, blamed his superiors for a lack of backing in the transfer market and oversaw a drastic deterioration in performances and results on the pitch.

After David Moyes and Louis van Gaal, a third manager sacked in four years suggests there is far more to be fixed behind the scenes at the world’s richest club than a new name on the manager’s door.

Former club captain Gary Neville raged at a club “rotten to the core” when rumours over Mourinho’s future first circulated and after the Liverpool defeat described United’s board as “so naive it’s unbelievable”.

But Mourinho did little to help himself, particularly in a short-lived third season, which has become an unwanted hallmark of his managerial career.

His departure from Old Trafford came a day after the third anniversary of his sacking from a second spell at Chelsea just six months after winning the title with the Blues.

For the first time since leaving provincial Portuguese side Uniao de Leiria for local giants Porto in 2002, Mourinho leaves a club having failed to win a league title.

He did deliver silverware, winning the League Cup and Europa League in his debut season, and even claiming the Community Shield, a glorified friendly curtain-raiser to the season, as a hat-trick of trophies.

United’s highest league finish since Ferguson’s retirement followed last season but it was still only second best to local rivals Manchester City and by a record 19-point margin.

The seeds of disharmony were also sown last season. Mourinho routinely dropped the club’s most expensive ever signing, £89 million ($113 million) midfielder Paul Pogba, to start a power struggle he has ultimately lost.

Pogba sat on the bench for the full 90 minutes at Anfield on Sunday and has not started any of United’s past three league games.

The French World Cup winner was not alone. Mourinho was stinging in his public criticism of Luke Shaw and Anthony Martial among others.

The man who introduced himself to English football as the “Special One” and proved it by delivering Chelsea’s first league title for 50 years was now the surly one.

In a recurring theme from his third season at Real Madrid and the third season of his second spell at Chelsea, Mourinho’s message quickly fell on deaf ears.

Without his confidant and assistant for 17 years, Rui Faria, who left United in May, Mourinho became even more volatile.

The United board also seemed to lose faith just months after handing Mourinho a new contract until 2020 in January.

A number of signing targets earmarked by the manager to improve United’s central defence in the summer were apparently deemed no better than options already in the squad by the club’s hierarchy, led by executive vice-chairman Ed Woodward.

Mourinho’s success has always been built on solid foundations. Having not conceded more than twice in one match for 22 months, United shipped three goals each time in defeats to Brighton, Tottenham, West Ham, Manchester City and Liverpool and have already conceded more league goals in the current campaign than in the whole of last season.

Even more galling for United fans was to see fierce rivals City and Liverpool under Pep Guardiola and Jurgen Klopp marrying success with entertaining football.

“The most important job of football is entertaining the people because it is only football and nothing else,” said Klopp earlier this season on his personal duel with Guardiola.

Mourinho has always been more pragmatic. But as his previous spells in Madrid and at Stamford Bridge show, when a results-driven manager starts losing, there is nothing left to save his job.