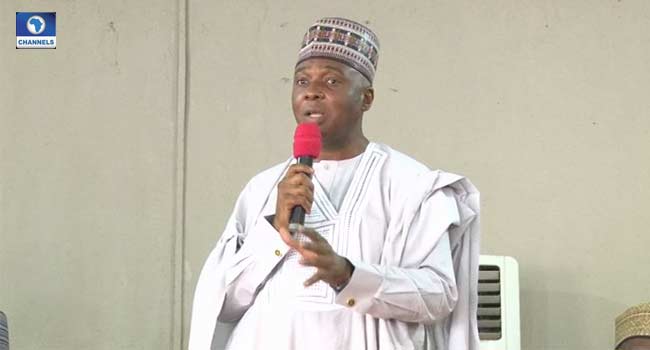 The Senate President, Dr Bukola Saraki, has accused the President Muhammadu Buhari-led government of increasing the unemployment rate in the country.

While addressing youths in Kwara State, Saraki blamed the unemployment problem on the alleged lack of economic knowledge by the current administration.

“It is only the President that knows how to create jobs that our youths want. The government cannot give all the youths jobs. How do youths get jobs all over the world?

“So anywhere that the President will have to bring people in, jobs will be created. For three and the half years, the highest number that we have seen since Nigeria started, of people that have not got jobs is under this government because ‘dem no sabi am’,” he said on Tuesday.

Saraki, who is also the Director General of the Presidential Campaign Organisation of the Peoples Democratic Party (PDP) called on the youths to vote massively for the PDP candidate, Atiku Abubakar.

According to Senate President, Atiku can deliver jobs to the teeming employed Nigerians if given the opportunity in the February 16 presidential election.

“You can only give what you know. Let us move out and vote for Atiku. Atiku will bring jobs. When there is a job, our youths will get jobs. Without that, there will be no jobs for you.