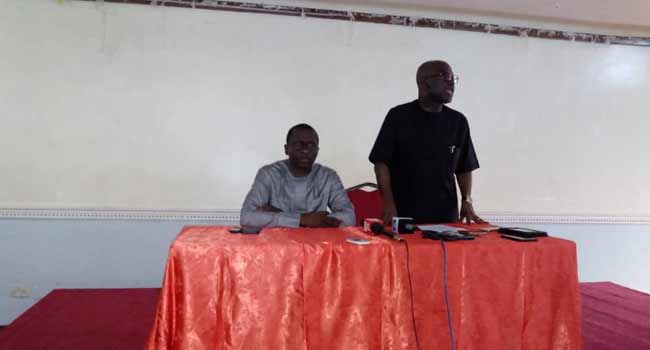 At a joint press conference in Umuahia, the state capital, shortly after the Independent National Electoral Commission (INEC) declared the results on Sunday, both candidates described the election as a ‘sham’.

The Returning Officer, Professor Damian Ozurumba, had declared Ikpeazu winner of the poll after he secured 261,127 votes, more than double the 99, 574 votes polled by Ogar and 64,366 votes polled by Otti.

Otti alleged that INEC once again, breached its guidelines, adding that the results do not represent the true wishes of the people.

He further stated that any result that does not agree with the card readers will not be accepted.

Both candidates, therefore, gave INEC the next 24 hours to cancel the election, adding that both parties are willing to present themselves when the Commission is ready to conduct a free and fair election in the state.