Nigeria’s Gross Domestic Product (GDP) has grown by 2.01% in the first quarter of 2019; this is according to figures released by the National Bureau of Statistics (NBS).

The slow growth is recorded in the first quarter after the oil sector contracted. 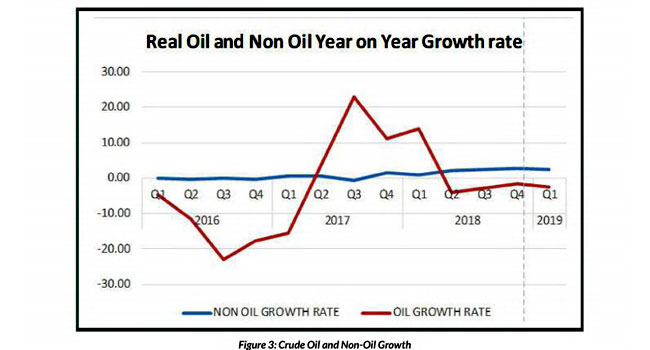 According to the NBS, the 2019 general elections may have affected the economy’s performance.

It is also described the GDP performance as the strongest first-quarter performance observed since 2015.

How We Intend To Build A More Resilient Economy – Buhari