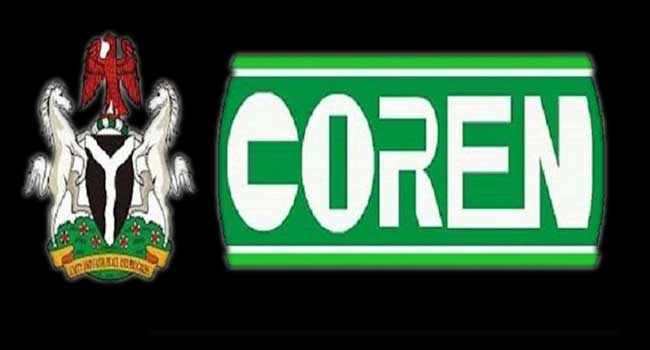 The Council for the Regulation of Engineering in Nigeria (COREN) has decried the spate of building collapse in Abia State.

Speaking to Channels Television on Monday, the Chief Inspector of COREN in the state, Victor Ihediwa, said the body has moved to assess all other buildings in order to avert future tragedy.

He made this known when COREN and the Nigerian Society of Engineers (NSE) visited the site of a collapsed building.

“This building, no matter when it was done, there is a clear sign that the foundation design is in error because the building started falling by the sinking of the foundation and then the sharing of the columns.

“It is clear as seen from this picture that there is no aggregate here. What we have here is a collection of muds used in building the beams and the slabs, no wonder they all shared away.

“Again, it is also clear to us that the walls of this building are very close to the soakaway, no wonder the foundation was quickly affected.  It is unconnected with the fact that waters from the soakaway are draining to the foundation of the building and that could have caused this problem,” he said.

Ihediwa also called on the people to space their soakaways when constructing their buildings. 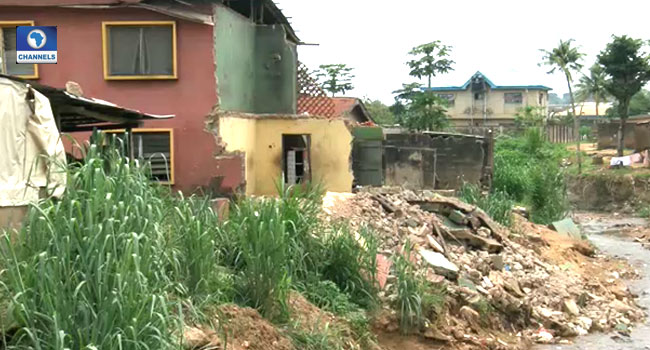 The Ogun State Government says it will demolish 1,130 structures obstructing waterways in the 20 local government areas of the state.

The Permanent Secretary, Ministry of Urban and Physical Development, Mr Nafiu Adebiyi, said the action is necessary to reduce avoidable loss of lives from floods.

According to him, residents of the affected buildings have been served to vacate such structures within three months.

“We have made it clear that our purpose is to serve the people. We have identified about 1,130 buildings as at today (Friday), not just in Abeokuta but throughout the state.

“In Ilaro, Sagamu, Ijebu-Ode, Ifo, Ota; places known to be flood-prone areas. Why do people build houses in flood-prone areas? If you disturb the law of nature, nature is going to fight you back viciously.

“And if nature fights you back viciously, it doesn’t care whether you die or live, whether you are maimed or you become disabled or whatever. But we, as a government, this government of Prince Dapo Abiodun, is determined to ensure nobody is involved in this disaster,” he said. 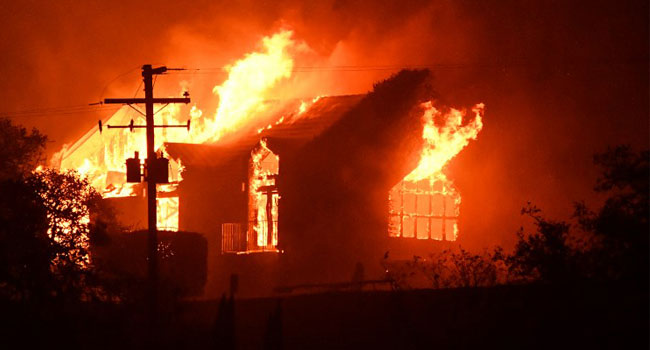 At least 1,500 buildings were destroyed as the state declared an emergency in three counties ravaged by intense fires, mostly in its famous wine-producing regions.

California’s fire service said about 73,000 acres (30,000 hectares) have been ravaged by the major infernos.

“The Sheriff’s Office confirms seven fire-related deaths from the Sonoma Co. fires. Our condolences to their friends and families” tweeted the sheriff of Sonoma County in the state’s north. The previous toll had stood at three.

An AFP correspondent in the Santa Rosa area witnessed multiple explosions from gas lines or gas tanks, in addition to charred out homes and a winery. Fire trucks were out in force in that area, he said.

About 410 firefighters are working on blazes in Mendocino, a sheriff’s spokesman in that county told the CBS news network, adding that multiple fatalities were expected.

Another fire in Anaheim has surged to char 800 hectares and at least 200 firefighters scrambled to try to contain it. Dozens of shelters were opened in schools and churches. Even livestock had shelter areas set up on some fairgrounds.

“We’re going to have to start over completely,” Dreama Goldberg, who fled her home — now a heap of ashes — at eight months pregnant, told NBC.

Jesus Torres told CBS he barely had time to grab a few things and run from his home.

“We could see the sky was getting red: we did not know it was fire until the last second because there was just smoke everywhere,” he said.

The Hilton Hotel in Santa Rosa said on Facebook that its staff and guests were evacuated safely.

“The wildfires in Santa Rosa, California and the surrounding areas have forced the evacuation and temporary closure of Hilton Sonoma Wine Country,” it said on Facebook.

“All guests and associates of the Hotel have been safely evacuated and are not able to return until further notice. It is anticipated that the Hotel has sustained significant damage.”

Pacific Gas & Electric said more than 196,000 customers had initially lost electricity although half had had their power restored.

Coffey Park, a sprawling Santa Rosa neighborhood with dozens of homes, was also charred in the strong winds and low humidity fire experts said were more like fires in southern California.

Cheri Sharp told Oregon-based TV news channel KOBI her home of 26 years in Santa Rosa was among those destroyed.

“All our pictures are gone. Everything, everything is gone. We’ve got a fire pit. It’s pretty awful,” she said.

“But we’re all healthy and safe, and we have to try and be grateful for that. But it’s pretty awful.”

Marian Williams of Kenwood, in Sonoma County, told NBC Bay Area she joined a convoy of neighbours driving through the flames before dawn as one of the fires reached the area’s vineyards.

“It was an inferno like you’ve never seen before,” Williams told the station.

Governor Brown in April declared the official end of the state’s drought that lasted more than five years.

But the state is still dealing with the Santa Ana winds, a meteorological phenomenon which brings dry winds down from the high mountains east of the coastal areas — a recipe for perfect wildfire conditions.

Last month, a massive fire described as the biggest in the history of Los Angeles forced hundreds to evacuate their homes.

Early Monday, the fires could be smelled in San Francisco, about 60 kilometres from the closest.