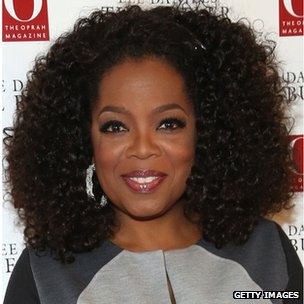 The owner of a shop in Zurich where US talk show host Oprah Winfrey says she encountered racism has called the incident a “misunderstanding”.

Winfrey, who is one of the world’s richest women, claimed an assistant refused to serve her in an upmarket handbag shop, she was apparently told one of the bags on display was “too expensive” for her.

Shop owner Trudie Gotz said that Winfrey was “absolutely allowed” to look at the $35,000 (£22,500) bag, which was kept behind a screen,”my salesperson wanted to give her the handbag but she didn’t want to take the bag,” claimed Gotz.

She said her assistant had worked in the Trois Pommes store “for a few years and takes care of the most spoilt customer from all over the world”, adding, “she is really a correct sales person”.

Speaking to US TV show entertainment Tonight she said: “I go into a store and I say to the woman, ‘Excuse me, may I see the bag right above your head?’ and she says to me, ‘No. It’s too expensive.'”

When Winfrey insisted, the shop assistant allegedly replied: “No, no you don’t want to see that one, you want to see this one because that one will cost too much. You will not be able to afford that.”

The star said she left the shop calmly without arguing, but that the experience was proof that racism continues to be a problem.

“There’s two different ways to handle it,” she said.

“I could’ve had the whole blow-up thing… but it still exists, of course it does.”

Ms Gotz did not call into question Winfrey’s perception of the events,”I didn’t take care of [Winfrey]. I’m sure she felt like this – but my salesgirl promised me she took care of [her] really the best she could. So it must have been a misunderstanding,” she said.

Ms Gotz said her assistant spoke both Italian and English, “but her English isn’t as good”.

“She tried to show Mrs Oprah the same style in other qualities, because maybe she didn’t understand what she wanted.”

‘Lean On Me’ Singer Bill Withers Is Dead

Handwashing Project: I Did What I Felt Was Right – Desmond Elliot

Racism: Porto Should Have Done More For Marega, Says Gullit