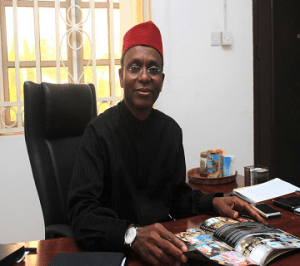 Former Federal Capital Territory Minister, Nasir El-Rufai, has won the APC ticket to contest for the Kaduna governorship election in 2015.

In a victory tweet, El-Rufai gave his performance score at the polls.

APC Kaduna Governorship: Accredited 3,557 Nasir El-Rufai 1,965 Isa Ashiru 1,379 Others scored less than 30 votes each. I have won the ticket

The governorship primaries held at the Trade Fair Complex, Rigachikun, Kaduna amidst tight security with 3,557 accredited delegates from the 23 Local Government Areas.

Ballot boxes were placed inside the complex auditorium where the delegates cast their votes for aspirants of their choice through an open balloting.

Five aspirants vied for the ticket of the party, including El-Rufai, a serving member of the House of Representatives, Isah Ashiru; a former Accountant-General of Kaduna State, Haruna Saeed; the Director-General of Progressive Governors Forum, Salihu Lukman and another member of the House of Representatives, Shamsuddeen Abdullahi.

Our correspondent who monitored the exercise reported that delegates started arriving at the venue of the election as early as 9:00am and were thoroughly screened by operatives of the anti bomb unit of the Kaduna Police Command to ensure that nobody went into the hall with any dangerous weapon.

Our correspondent also reported that the entire exercise was peaceful and orderly, with men and officers of the Nigerian Police, Army and Nigerian Security and Civil Defence Corps fully on ground to maintain law and order.

In an interview with Channels Television after the announcement of the result, El-Rufai expressed gratitude for his victory and said that he would immediately embark on reconciliation process with his colleagues in order to build a formidable APC that will defeat the ruling Peoples Democratic Party (PDP) in Kaduna State in 2015 polls.

The PDP primaries slated for Monday would determine El-Rufai’s opponent for the battle for the Sir Kashim House come 2015.