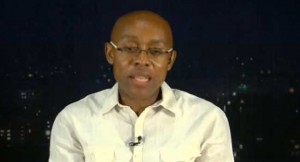 Former Chairman of the National Human Rights Commission (NHRC), Professor Chidi Odinkalu, says he is not satisfied with the way the President and his deputy managed the issue of their assets declaration.

Speaking on Sunday Politics on Channels Television, Professor Odinkalu said that contrary to the President’s promise during the election, Nigerians are unable to determine the exact asset status of the two top officials.

“I have to say I did disagree and continue to disagree with the way in which their assets declaration was managed.

“I don’t think they have kept faith with their campaign promise to publish their assets and I do think that it is necessary in order to fight corruption effectively.”

Prof Odinkalu stressed that this would make sure that the assets of all senior public officers were “visited with the oxygen of transparency”.

The human rights activist, however, noted that President Muhammadu Buhari has brought personal credibility to the fight against corruption which he described as ‘positive’.

“He has shown that he is willing to continue along the lines that he worked prior to becoming Vice President,” he said.

He asked Nigerians to support the President’s efforts to fight corruption.

“The President is only one person and he is not going to fight corruption by himself. My view has always been that the most a President can do is to provide leadership.”

He admitted that the statement was indeed an insult to Nigeria but the country would only be able to change that impression when it begins to get looters convicted and jailed.

“I don’t get overly bothered about colonial arrogance, its always existed, its going to exist.

“The important thing is we focus on rebuilding our country into something we all can be proud of and a country that works for its citizens and does not excuse the misbehaviour of people because we think those are big people.

“Once we do that, we will be fine. David Cameron can go to hell.”

He had said earlier, “The problem we have with corruption in Nigeria is actually impunity. It’s about institutions and application of rules to people.

“That’s where we fail because Nigeria is a very stratified and very hierarchical society,” he said, emphasising the need to severely punish corrupt public officials.

He described President Buhari’s request for the return of Nigeria’s looted funds kept in the UK instead of an apology from the UK Prime Minister as a “class act”.

#RevolutionNow: A Failing Govt Has No Reason To Stay – Lawyer