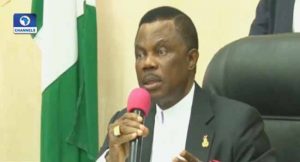 The dream of Governor Willie Obiano in making Anambra State a first choice investment destination and a hub for commercial activities seems to be materialising.

Speaking at the signing ceremony which took place in the Government House Awka, the state’s capital, Governor Obiano expressed hope that the project would reduce cost of importation and boost development in the state.

He added that it will also create a boundless business connection between Anambra and China, saying the State Government will ensure that the project is not only a central economic hub for the state, but also for the entire south-east region and Nigeria at large.

Giving details of the investment, the Chairman of Anambra State Investment Promotion and Protection Agency (ANSIPPA), Igwe Cyril Enweze, said the project would promote rapid urbanisation and increase the Gross Domestic Product (GDP) of the state.

On his part, the Managing Director of Orient Petroleum Resources, Mr Christian Udechukwu, commended the vision of the Obiano led administration.

He assured the State Government that they would deliver quality project, in line with aviation engineering best practices.

The airport city to be named, Anambra Airport Infrastructure Company Limited, has a completion duration of three years and sits on a 1,500 hectares of land at Ivite Umueri.