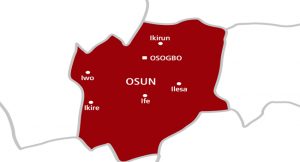 The Osun State Government on Thursday sealed off two new generational banks, WEMA and Unity Banks, over refusal to pay taxes and other levies due to the State.

The incident according to our correspondent paralysed business activities as these companies were shut down.

The two affected banks, as well as the University, were said to have remained adamant to offset the outstanding taxes amounting to N42million which they owed the state government.

Addressing journalists, the acting Chairman, Osun, Internal Revenue Service, Mr Bicci Alli, said: ” the affected companies left the State Government with no  other option than to resort to closing down their premises after series of meeting held with them on the modality for the payment proved abortive.” He stated

Alli further stated that “The distraining exercise will be continuous and extended to other bank, while some other recalcitrant tax corporate and non-corporate payers were found guilty of owing the state government until all what is due to the state is recovered.

“The defaulters were properly served notices before the enforcement begun, the state is being owed about N30billion as tax and levies.”  he explained

The revenue boss who added that after the secure of the court order,  another ultimatum was given to allow them ample time to make payment to the coffer of the state.

Alli maintained that the state government embarked on the action in order to boost its purse for the completion of various ongoing infrastructural projects across the state.

While noting that tax default is criminal, Alli said that the government is not only enforcing payment of taxes but to ensure compliance by all citizenry across the state.

He, however, explained that “What the state is demanding from the people is not new taxes and levies but existing ones adding that the governor, Rauf Aregbesola wants to complete all ongoing projects and the only way to achieve this is through buoyant resources that could be generated internally” .he said

He noted that Governor Aregbesola has zero tolerance for tax evasion, adding that OIRS is set to begin criminal prosecution of all tax defaulters in the state so as to ensure that culprits are made to face the full wrath of the law.