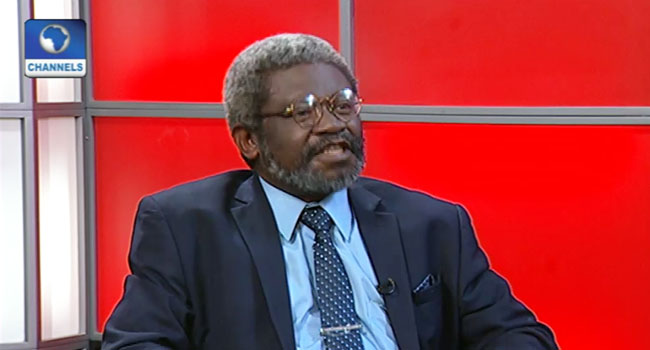 A Professor of Zoology at the Obafemi Awolowo University, Ile-Ife, Tola Badejo, has blamed the current strike embarked upon by the Academic Staff Union of Universities (ASUU) on some broken promises on the part of the Federal Government.

“It’s about not fulfilling agreements, ASUU went into an agreement with Federal Government in 2009 – in 2013 there was a strike, it was suspended and they just resumed the strike because nothing has been done in respect of the agreement.”

He made the comments when he appeared as a guest on Channels Television’s breakfast show, Sunrise daily.

The university don noted that ASUU went into the agreement with the Federal Government in 2009 with a view to addressing issues bordering on the dilapidated structures of the nation’s universities, improvement in salary structures among several others.

Badejo advised ASUU not to shelve the strike until their demands are met and to avoid a repeat of what happened in 2013 when the union suspended its strike because of the pleas of students and their parents.

“They are looking for ways to honour the agreement. We can’t hold government to ransom by demanding that the agreement be reached,” he stated.

Reacting to earlier media reports of Vice-President Yemi Osinbajo leading the FG’s negotiating team, the Professor of Zoology said: “I was happy when we (ASUU) heard he (the Vice President) would be in control because he was a lecturer in Unilag, so he is one of us, and you know you need somebody that has been there with you to understand your point and everything.

“When we heard later that he is not with the team, in fact, you don’t have to be one of us before you can solve this matter. All you need is a good head, and of course the right way of thinking.”