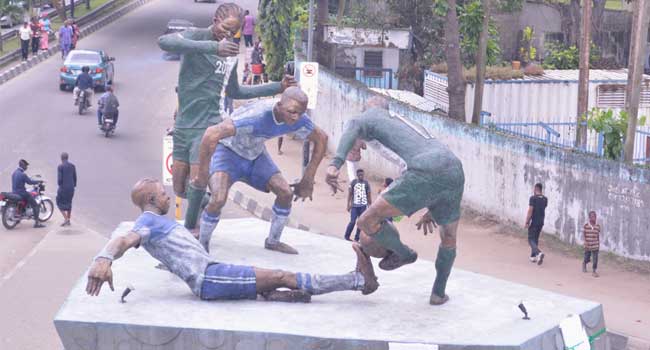 The governor while unveiling the statue said football remains the most popular sports that keep the nation united even in a critical period.

The statue is a 22ft tall sculpture of four players standing on an eight feet concrete pedestal showcasing the passion of Nigerians for the beautiful game.

Governor Ambode, who was represented by his Special Adviser on Tourism, Arts and Culture Honourable Adebimpe Akinsola, described the statue as a monument of great value that describes the passion of Lagosians and Nigerians for sports and football in particular.

The Governor said, “The monument seeks to educate all visitors to Lagos State that our passion for the sport is not only captured by iconic infrastructure facilities and competitions but include giving the opportunity to expose artistic representation of its value creative minds.”

Adoring the creativity behind the statue, the Special Adviser to the Governor on Arts and Culture, encouraged all sports enthusiasts to always come around to draw inspiration from the monument. 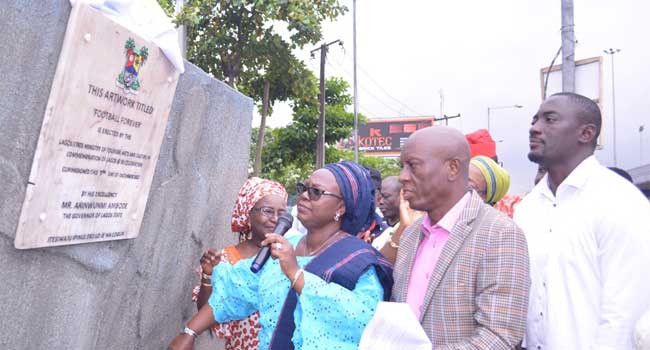 La Liga Faces Heated Debate As It Prepares To Resume

‘Football With Fans Will Be Back Soon,’ Says UEFA Chief