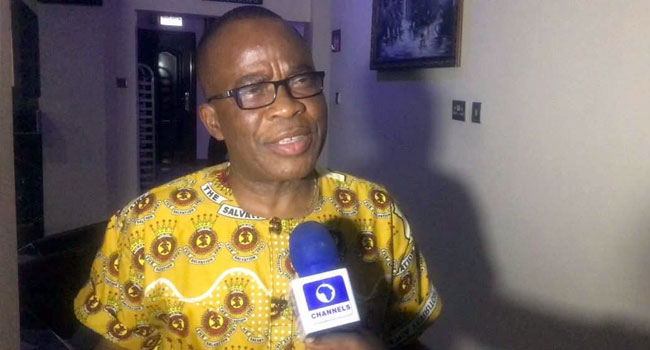 Candidate of the Progressive People Alliance (PPA) in the just concluded Anambra governorship election, Godwin Ezeemo, has congratulated Governor Willie Obiano on his victory at the poll.

Ezeemo conceded defeat on Sunday in Anambra State, less than two hours after the Independent National Electoral Commission (INEC) announced the results of the election which re-elected Obiano for another four years.

The PPA candidate said even though there were irregularities that marred the election, the interest and love of the Anambra people was of more concern to him.

He also said he was ready to support and assist the Governor-Elect in delivering the dividends of democracy to the people of the state.

Governor Obiano swept to victory by polling 234,071 votes, more than double the votes of his closest rival, Mr Tony Nwoye of the All Progressives Congress, according to results announced by the Independent National Electoral Commission.

Mr Nwoye, who flew the APC’s flag in its quest to strengthen its presence in the South East where it has only one governor, polled 98,752 votes.

Candidate of the Peoples Democratic Party, Mr Oseloka Obaze, got the third highest number of votes with 70,293 votes.

Former Minister of Aviation and candidate of the United Progressive Party, Mr Osita Chidoka, who condemned ‘godfatherism’ and money politics in his campaigns, trailed far behind the three leading candidates with 7,903 votes to his name.

I Prophesied Obiano Will Win By A Landslide – APGA Chairman