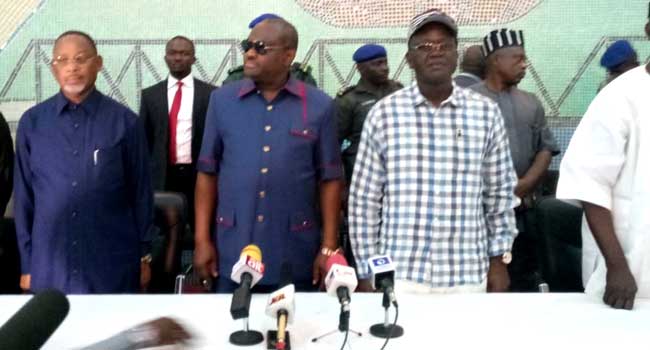 The River state governor, Nyesom Wike has donated the sum of N200 million to Benue State as part of his support to help the state in the recent herdsmen attack its facing.

Wike was on a solidarity visit to the state to commiserate with the New Year Killings of about 73 people by suspected herdsmen.

He made this demand while speaking to journalists in Makurdi, the Benue state capital, after a meeting with Governor Samuel Ortom.

The two leaders took a drive to the mass grave site where the victims were buried and later met with stakeholders in the state.

In his remark, Governor Ortom stated that the Inspector General of Police, Ibrahim Idris, alleging that he has taken sides with the leadership of Miyetti Allah Kautal Hore, whom the governor accuse of sponsoring the Benue herdsmen killings.

Let Us Not Deceive Ourselves, Things Are Not Alright – Sultan Abubakar