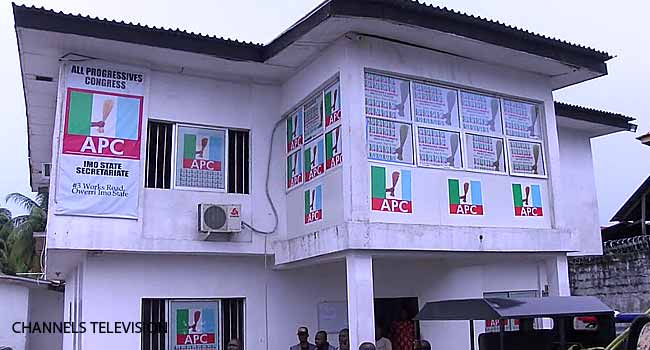 The Chairman of the All Progressives Congress (APC) Governorship Primary Committee in Imo State, Ahmed Gulak, has condemned the cancellation of the exercise.

He told Channels Television that the primary which took place on Tuesday had been concluded and an appeal was the only route open to those who were aggrieved.

The national leader of the party, Mr Adams Oshiomhole, had faulted the result of the election, describing it as fake.

Consequently, he dissolved the Gulak-led committee which conducted the primary, noting that another committee will be set up immediately for the conduct of fresh primaries in the state.

Gulak, however, insisted that contrary to the decision of the national leadership, the exercise reflected the position of his committee on the matter.

I Don’t Know If Tinubu Is In Nigeria – Oshiomhole

Yobe North: Machina Hails Triumph Over Lawan In Court As Victory For Justice

I Will Campaign In ‘Every Part Of Nigeria’ – Tinubu

I Will Campaign In ‘Every Part Of Nigeria’ – Tinubu