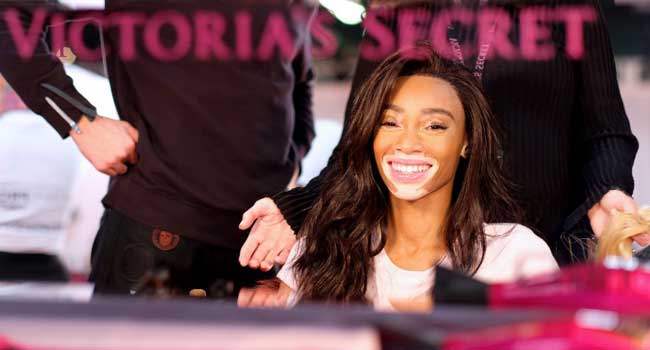 Canadian beauty, Winnie Harlow on Thursday made history as she became the first model with vitiligo to walk at the Victoria’s Secret Fashion Show.

It’s the 24-year-old’s debut on the runway of the lingerie brand.

She strode out in a pink underwear set with feather detail and shimmery silver camisole and later stunned in a floral cut-out catsuit over a matching balconette bra with yellow trim.

Almost that time!!!! Make sure you check out the #VSFashionShow so excited to make my debut Let the @victoriassecret show begin!!! 💗👼🏽

Harlow gained prominence after she became a contestant on the twenty-first cycle of the U.S. television series America’s Next Top Model due to her condition.