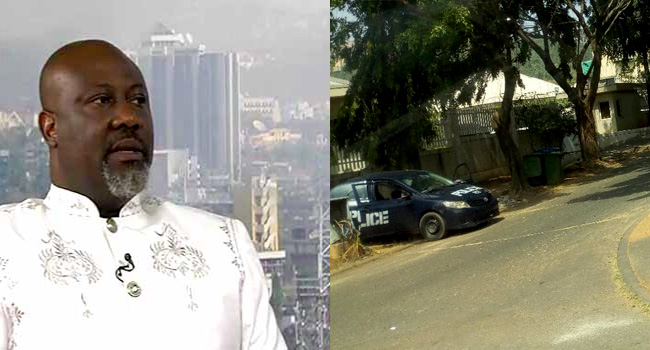 Operatives of the Nigerian Police for the second day have continued to keep watch at the home of the senator representing Kogi West, Dino Melaye, in Abuja.

The police on Friday vowed to remain at the premises until they arrest the Senator, who they believe had locked himself in a part of the house with the intention of evading arrest.

The police spokesman, Jimoh Moshood, had explained in a statement that Senator Melaye is wanted to answer to the case of attempted culpable homicide in the shooting of a police officer, Sgt Danjuma Saliu, while on duty allegedly by Senator Melaye and armed thugs in Kogi State on July 19, 2018.

According to the police, the offence for which Senator Melaye is being investigated is capital in nature. 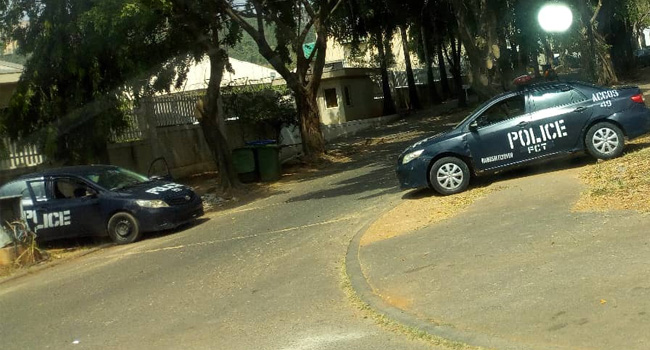 READ ALSO:  I Will Make Myself Available To Police, Next Week – Dino Melaye

Meanwhile, Senator Dino Melaye has promised to make himself available to the police next week.

Senator Melaye told Channels Television that he is currently out Abuja, insisting that he is not a criminal and has no reason to run from the police.