‘We Did Not Suspend Issuing Tourist Visas To Nigerian Nationals,’ Says UAE 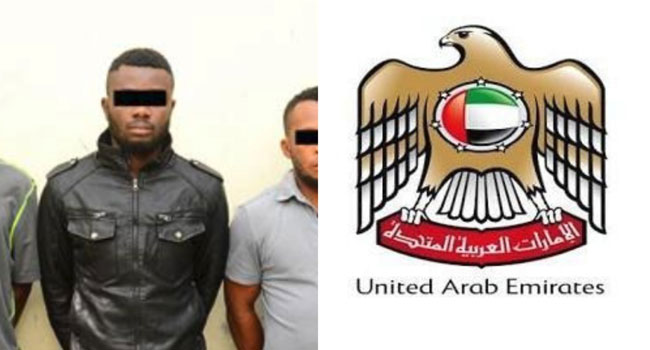 The United Arab Emirates has dismissed a report alleging that it reviewed the visa validity for Nigerians following the report of some Nigerians arrested for robbing a bureau de change in UAE.

Following the arrest, there were reports that the UAE reviewed the visa validity for Nigerians from three months to one month, however, the UAE has described those reports as inaccurate.

The UAE Embassy in a statement via Twitter on Friday explained that it had not suspended tourist visas for Nigerians.

In light of the press reports published today alleging that the UAE has suspended issuing tourist visas to Nigerian nationals, the UAE Embassy in Abuja announces that these news are inaccurate and stresses the importance of sourcing news from its official channel pic.twitter.com/Eu9UsNlIla

On Sunday, five suspects were arrested for allegedly robbing a Bureau de Change office in Sharjah of Dh2.3 million.

The suspects who are said to be Nigerians, reportedly barged into the exchange and smashed the glass barrier between the customers and the staff, and stole the money in multiple currencies and fled.

Police however said on Sunday that moments later they were apprehended.