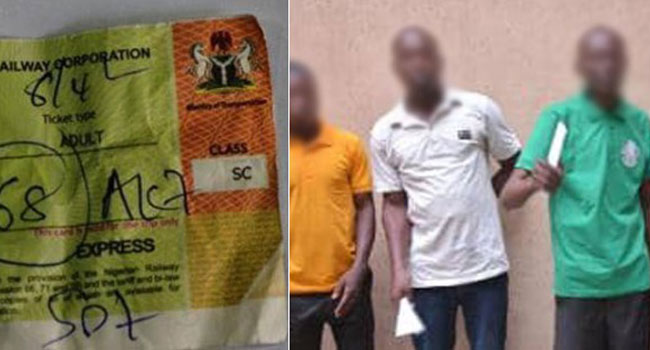 Eleven suspected train ticket racketeers have been arrested at the Idu, Kubwa and Rigasa Train Station in Abuja and Kaduna state by operatives of the Economic and Financial Crimes Commission (EFCC).

The EFCC in a series of Facebook post on Monday said the arrest was made possible after it received intelligence reports on the activities of the suspects.

“The Commission swung into action after receiving an intelligence report alleging that some group of people at the Idu and Kubwa train stations have been racketeering train tickets making it difficult for passengers to have access to tickets.”

After further investigations by the commission, they discovered that there were some touts in Kaduna connived with some members of staff of the station who were defrauding unsuspecting travellers on Saturday.

The EFCC also revealed that it had invited some senior officials of the Kaduna Railway Station for questioning.