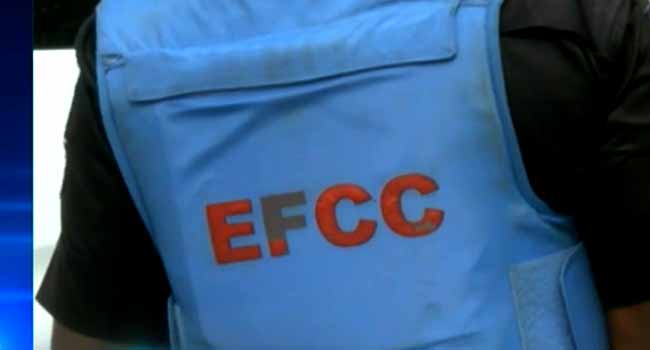 A witness of the Economic and Financial Crimes Commission (EFCC), Nurudeen Bello, has told Justice Babs Kuewumi of the Federal High Court in Ikoyi how Mr Ibrahim Abdul-Salam and others allegedly converted N2.8 billion to their personal use.

Abdul-Salam, a former Managing Director of Nigeria Airspace Management Agency (NAMA), and other defendants are facing trial for allegedly conspiring to induce the agency to deliver the sum to Delosa Limited, Air Sea Delivery Limited and Sea Schedule Systems Limited, under the pretext that the money represented the cost of clearing NAMA’s consignments.

A statement from the EFCC, Bello who is an investigator with the anti-graft agency was led in evidence by the prosecution counsel, Rotimi Oyedepo, on Friday at the court.

Bello also identified the responses to the letters written by the EFCC to the Nigerian Customs Services (NCS).

The prosecution counsel tendered the statements of the third defendant, which were admitted in evidence as exhibits E 1-7 and F, respectively.

When asked to read out the statement of account of Randville Investment Limited, the witness listed various sums of money received by Delosa, reportedly withdrawn from NAMA account.

“The money was transferred to Randville Investment, which shared them among Multeng Travels and Tours Limited, Multeng Engineering, Multeng Aviation, NNPC Retail Limited, Airspace Delivery and some Bureau De Change operators,” the EFCC investigator was quoted as telling the judge.

He added, “Cash withdrawals were mostly done by Segun Agbolade and Joy Ayodele Adegorite, for onward transfer to Segun Agbolade. Also, some cash payments were made to Mr Alaba Odulani.”

In his testimony, Bello further informed the court that less than N9 million was transferred in tranches in one day and several days in different months.

According to him, this was done to avoid triggering the reporting requirements of banks, if the money transferred was up to N10 million.

The witness stated that withdrawals allegedly made by Agbolade amounted to N3million in tranches, adding, “The transfers to Multeng Travel and Tours, Multeng Engineering, Multeng Aviation were made in order to facilitate withdrawals because of the cashless policy introduced by the CBN.”

He said, “Several millions transferred to the NNPC Retail Limited were to supply petroleum products to the filling station owned by Agbolade.

“The money transferred from Randville Investment Limited to Mr Odulani was for the purchase of a filling station in Egbeda, Lagos State.”

Bello had, during the previous sitting on Thursday, told the court that his team was assigned to investigate a petition against the defendant on February 5, 2016.

The prosecution counsel tendered the petition and the attachments which were admitted in evidence as Exhibits D.

Explaining what he did after receiving the petition, he said: “My team and I wrote to the bank, requesting the financial records of all the defendants. We also wrote to the Nigeria Customs Service, NCS, to obtain the records of importation made by the Nigeria Airspace Agency (NAMA) from 2010 to 2016.

“We wrote to Guaranty Trust Bank, attaching the NCS’s acknowledgement of payment receipt, seeking the authentication obtained by the bank. We received all the responses and same were analysed.”

“We proceeded to NAMA office, within Murtala Muhammed Airport, Ikeja, Lagos, where we conducted extensive search and invited some of the defendants to the EFCC office,” he added.

When asked to identify exhibits A-C series and why the team wrote to the bank, he said the exhibits were some of the responses his team received from the letters sent to the bank.

After giving his testimony, Justice Kuewumi adjourned the case till June 13 and 14 for the continuation of trial.