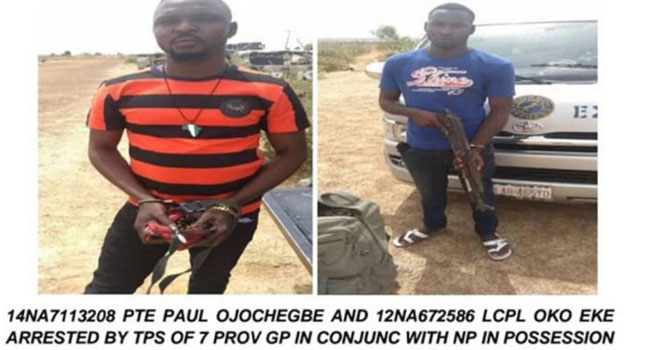 Troops of 22 Brigade, Operation LAFIYA DOLE in collaboration with local vigilantes have continued moving into the hinterland on clearance operation to destroy Boko Haram terrorists.

In a statement by its spokesman, Colonel Sagir Musa, troops on the 11th of May 2019, cleared Ma’allasuwa and Yaga – Munye villages in Borno State.

He said no encounter with Boko Haram terrorists was made as they ran away before troops’ arrival leaving behind 54 suspected kidnapped victims.

“Out of the number, 29 are grown up women and 25 are children of various ages and sex. They have all been rescued,” Colonel Musa stated. 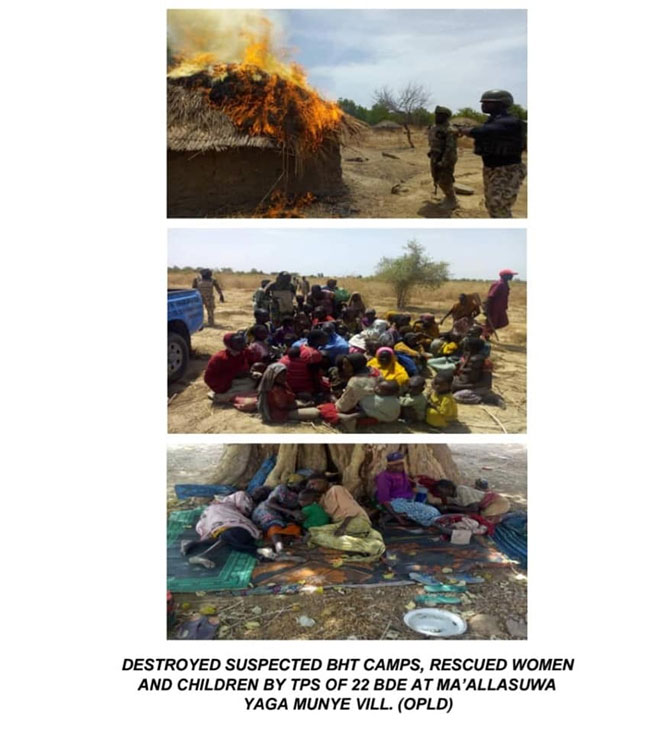 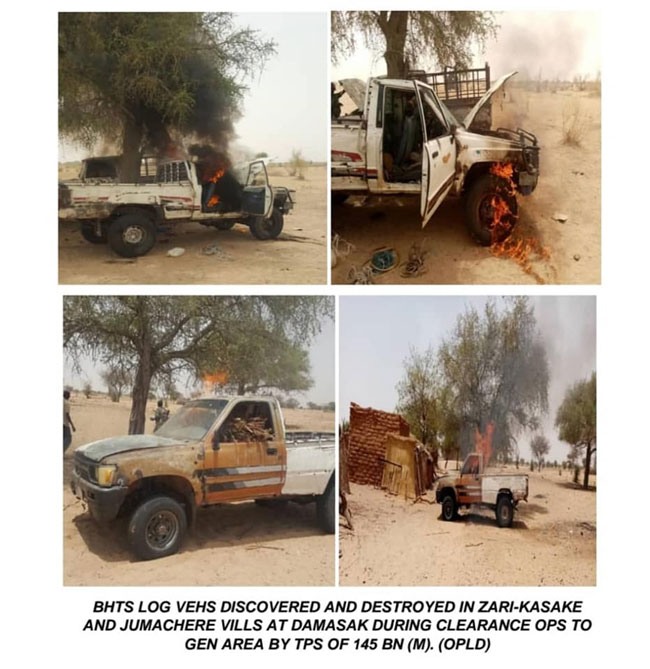 He added that Mopol Sergeant Markus John – Personal Number – PNo 383106 was arrested at Njimtilo check point along Maiduguri – Damaturu road in possession of 2 magazines, 146 rounds of 7.62 mm Special ammunition and one round of Anti Aircraft Gun concealed in his bag while on transit to Lagos State. 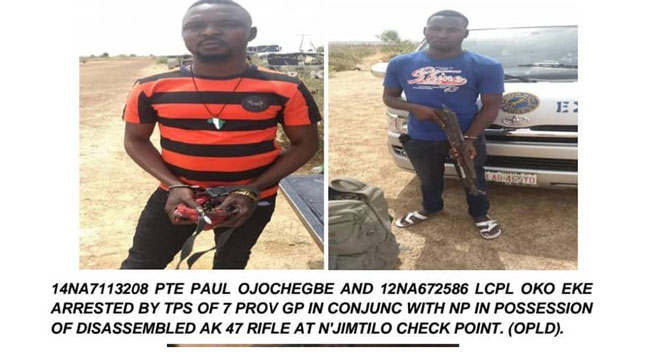 Recall that on the 10th of May 2019, troops of Operation LAFIYA DOLE in conjunction with the Nigerian Police, arrested 14NA7113208 Private Paul Ojochegbe and 12NA672586 Lance Corporal Oko Eke in possession of one disassembled AK 47 Rifle at the same N’jimtilo check point.

Colonel Musa said the Nigerian Army will remain resolute in ending terrorism and other forms of insecurities across the country.

He reiterated the army’s appeal to the public to continue to provide useful information about suspicious movement of terrorists/criminals wherever they are seen hibernating in Nigeria.