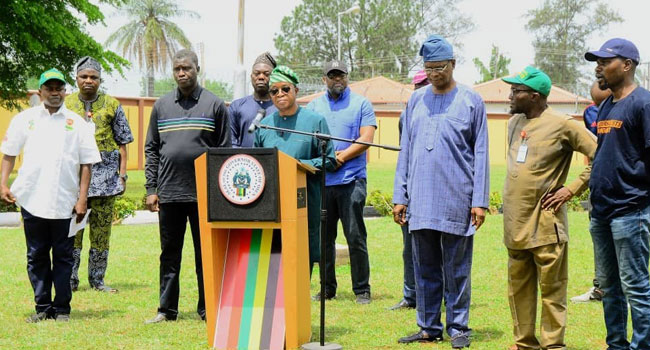 The lockdown which will be effective from Tuesday for an initial period of seven days will be enforced in Ilesa East, Ilesa West, Atakumosa East, and Atakumosa West LGAs.

This decision was the fallout of the meeting between the state government and stakeholders from the affected areas.

The Commissioner for Information and Civic Orientation, Mrs Funke Egbemode, disclosed this in a statement on Saturday.

She explained that the lockdown was to curb the spread of coronavirus (COVID-19) in the areas and the government would announce an extension if the compliance level was not encouraging.

Egbemode, who noted that the relaxation of lockdown in other areas has been extended by two weeks, said the government was closely monitoring other LGAs with rising COVID-19 cases.

According to her, the government has every reason to believe that it is already witnessing what looks more like a community transmission in the areas, and as such, there is a need to come up with measures to arrest the trend.

The commissioner stressed that residents in the affected LGAs cannot go to worship centres and markets during the period, but they would be allowed to shop within their neighbourhood.

She added that during the lockdown, there would be no vehicular movement but those on essential duties such as health workers, fire service officials, security personnel, and journalists would be exempted.

Egbemode warned that the government would ensure that violators of the lockdown order were severely punished if caught.

She said, “To this end, we urge citizens and residents of the affected communities to take advantage of the hours between now and Monday to stock up provisions that will last them one week in the first instance.”

“We have mandated and mobilised the state’s task force and security operatives to strictly enforce the measures.

“The decision to shut down a part of the state, though painful, is the only way to go if it must arrest a further spread of the virus in the state,” she added. 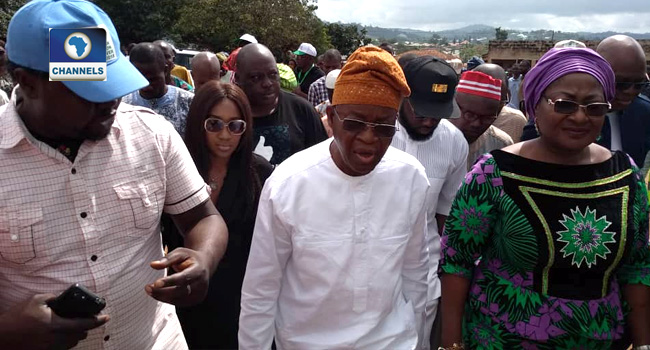 The Osun State Governor, Adegboyega Oyetola, has ordered the closure of three tertiary institutions in the state following a protest which turned violent in Ilesa.

The state government announced this in a statement by the Chief Press Secretary to the governor, Mr Adeniyi Adesina.

“Following the unwarranted destruction of public property by irate members of the public in Ilesa, Osun State Governor Adegboyega Oyetola on Monday night ordered the closure of three higher institutions of learning,” the statement said.

The closure, according to the government, is with immediate effect while Governor Oyetola condemned the incident.

Although the details of the incident were sketchy while it has yet to be confirmed if there was any casualty, the governor described the disturbance of the peace in Ilesa as uncalled for.

He warned that the government would not hesitate to take further drastic action, should the need arises in order to protect the lives and properties of the people.

Governor Oyetola frowned on the physical attack on journalists on legitimate assignment whose equipment were also destroyed by the protesters.

He assured citizens of the state that the government was on top of the security situation in Ilesa and in all parts of the state. 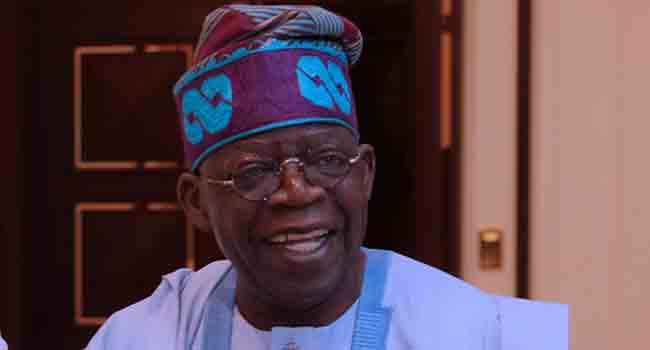 The national leader of the All Progressives Congress (APC), Bola Tinubu, believes Mr Adegboyega Oyetola is the right person to take Osun State to the next level.

Tinubu said this at the weekend in Osogbo, the state capital where he solicited support for Oyetola, the APC candidate in the September 22 governorship election in the state.

He stressed that with his credentials and competence and the performance of the outgoing governor Mr Rauf Aregbesola, the APC flag bearer was the best man for the job and the one to beat in the race.

The APC leader explained that he was backing the insurance expert in order to help replicate the economic and infrastructural development witnessed in Lagos State in Osun.

The former governor spoke during separate visits to the palaces of Ataoja of Osogbo, Oba Jimoh Olanipekun, and Owa-Obokun of Ijeshaland, Oba Adekunle Aremolaran, where he sought royal blessings for the party’s candidate.

At the palace of Ataoja, he described Oyetola as a technocrat, shrewd manager, and administrator, saying he single-handedly founded and raised his own company to a place of enviable status.

According to Tinubu, Governor Aregbesola has laid the infrastructural foundation for Osun and Oyetola will raise its economic and investment profile with his experience and expertise in the corporate world.

In his response, Oba Olanipekun thanked the APC leader for the role he played when he had challenges over his emergence as Ataoja of Osogbo.

He also commended Governor Aregbesola for his performance in the state, noting that Osogbo particularly benefited from the administration with the network of road and other infrastructure put in place.

The traditional ruler asked that if elected, Oyetola should help to further develop the city.

Speaking at the palace of Owa-Obokun, Tinubu described the traditional ruler as a foremost author and popular economist who is no push-over in the land.

Oba Aromolaran, on his part, requested that if the APC candidate was elected, he should help upgrade the College of Education in the city into a full-fledged University of Education.

He also asked that his palace burnt by some hoodlums in 2007 be rebuilt.

Tinubu was accompanied on the visit by the Minister of Health, Professor Isaac Adewole, as well as former APC National Vice Chairman (South-West), Pius Akinyelure, among others.