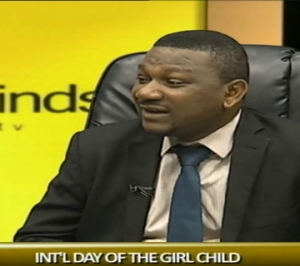 The Nigerian Government has been advised to pay more attention to implementing laws that protect the rights of children in the society, rather than creating new laws.

Erhumwunse Eghosa of the SOS Children’s Village, made this plea during a conversation on Rubbin Minds in commemoration of the International Day Of the Girl Child, where he noted that the issue of protecting the girl child needs to be put on the front burner internationally.

“If you want to develop a nation, or develop the world, you need to invest in the development of children, especially the girl child,” he said.

He highlighted the need to provide social protection, employment, healthcare and education, with emphasis on the implementation of the laws that would ensure that all these are provided.

The condition of the family backgrounds, he noted, is also an integral factor when talking about the rights of the girl child to education as there must be enabling environment for this to happen from the home front.

While Lagos State has taken the lead in protecting children in line with the law, many states are far behind as the Child Rights Act, he said, is still far behind in achieving its purpose because implementation has not been taken seriously.

Eghosa explained that when the focus of families is on trying to fight poverty, it would be hard for them to understand why their children should not engage in activities like hawking.

He advised that Government needs to appreciate the belief that implementing the Child Rights Act would require sensitizing families on why their children should not be on the streets irrespective of their needs.

He added that Government also must do more in creating economic empowerment for its citizens.

Moving forward, he recommended the creation of a database of all Nigerian citizens as this is the foundation of planning for a society. He added that communities should be encouraged to play major roles in making sure that child rights protection is enforced among the people.