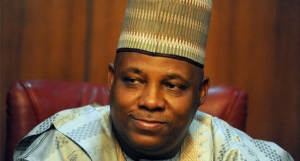 The Northern Governors Forum, has inaugurated the committee on the Review of Criminal Justice System with a mandate to identify the sponsors of the Boko Haram sect and ensure their prosecution.

Inaugurating the committee in Kaduna State on Friday, Chairman of the forum and Governor of Borno State, Kashim Shettima, said that the days of the Boko Haram insurgents were numbered as the military have dislodged them from their strongholds in the northeast.

He expressed confidence of victory against the terrorist group because of the commitment shown by the Federal Government and the professional manner the military kicked the group out of their strongholds.

Governor Shettima, while explaining that the Boko Haram insurgents have been decimated tremendously by troops, lamented that terrorism and other related crimes in the region have continued to increase due to the absence of an effective uniformed legal framework to deal with perpetrators of such criminal acts in the region.

Therefore, among the committee’s terms of reference is to identify the sponsors of the Boko Haram insurgents and come up with appropriate punishment against such persons and to also review the current penal code with a view to identifying its weaknesses and challenges in the overall administration of justice in the region, among others.

According to the Northern Governors, the criminal justice system that is being used in the region presently, is the one that was inherited from the colonial masters.

The system was outdated and no longer in conformity with the current security challenges.

The committee was advised to ensure that the new criminal justice system is in conformity with the 1999 Constitution as amended, as well as any Act of the National Assembly.

The Deputy Governor of Kaduna State, Bala Bantex, who represented Governor Nasir El-Rufai, expressed optimism that the challenges posed by insecurity would be reduced to the barest minimum if there are effective laws in place to deal with perpetrators of such crimes.

A member of the newly inaugurated committee and SSG of Kaduna State, Balarabe Lawal, gave the assurance that the committee would cover all the terms of reference given to them by the governors.

The committee was given two months to complete the assignment.