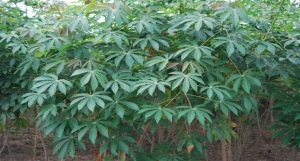 The people of Ukwulu community in Dunukofia Local Government Area (LGA) of Anambra State have decried the invasion of their farmlands allegedly by Fulani herdsmen.

The predominantly farming community, whose major farm produce is cassava, alleged that the invasion of the Fulani herdsmen in their territory over the years has dwindled their productivity.

According to the community members, all hell was let loose and life never became the same again as their farmlands came under intense attack by the animals being reared.

While staging a protest against the act, some residents, Roseline Chinwude and Keziah Okafor, they said that they have endured for the past 10 years and their voices must be heard.

The women alleged that the cows pulled down the hedges and makeshift fence as well as trampled on the mounds and fed on the blossoming cassava plant.

In his reaction, the Chairman of the Fulani herdsmen, Haruna Mohammed, said that while some of the damages were indeed done by cows, others were just claims by the community members.

He noted that he had warned his colleagues in the cattle rearing business never to invade any farmland, stressing that if it was found that his men were responsible for all the damage after investigation, payment of compensation would begin.

The Regent of Ukwulu community, Peter Uyanwa, assured the farmers that their problem would be taken to the appropriate quarters for solution with a view to the permanent relocation of the herdsmen.

The Secretary of Dunukofia LGA, Chinedu Ifeacho, who spoke on behalf of the Chairman, recalled the several representations made and called on the Anambra State government and the state legislature to enact a law that would address animal rearing in the state.

Are You Midwives Of Good Things For Nigeria? Lumumba Asks NASS