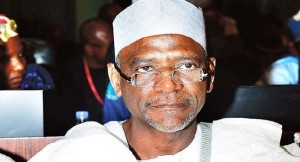 In a bid to change the fortunes of about 50 million illiterates in Nigeria, the Nigerian government has reiterated its commitment to the ten pillars of reform of the education sector.

The Education Minister, Adamu Adamu, shared his vision with Channels Television correspondent, Gbenga Ashiru, on an edition of Question Time.

He explained that the mandate of the ‘ten pillars of the education’ road-map involves returning about 11.5 million out-of-school children to the classrooms.

“The road-map for education, which we placed before the National Council of Education is based on ten pillars and these pillars are the most important areas.

“The first is out-of-school children. You know Nigeria leads the world in having the highest number of children who are out of school – 11.5 million.

“After it we look at basic education, which is an area that has fallen on bad times and needs to be revamped.

“We also have vocation education and training. If Nigeria wishes to develop and compete with the rest of the world, we need to do something about our technical education.

“We have put activities in place that would make Nigeria compete fully with the rest of the world.

“Then there is development in ICT, the world is going computer and Nigeria cannot afford to lag behind. We intend to introduce computer technology in our classes.

JAMB Needs To Sit Up

The Education Minister also commented on the cancellation of the post-UTME examination. He maintained that it is the statutory responsibility of the Joint Admission and Matriculation Board.

According to the Minister, “JAMB was set up to do the test that would determine the admission and I am not defending JAMB, I think there are so many problems. What we need is not to create another examination but to make JAMB to sit up.

There have been complaints from candidates on being listed for a different course from the one registered for, and our correspondent sought to know how the Minister intends to fix these irregularities.

He argued that this particular issue had stopped: “I think that is something that is probably a thing of the past. A lot of restructuring is currently going on in JAMB.”

He added that “both the test that they (JAMB) administer and the result that they give and which university will determine the admission of students will be different from now on”.

Police Arrest Suspect In Connection With Murder Of AEDC Official