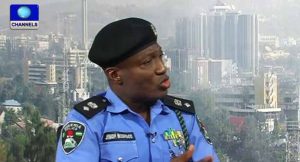 The Public Relations Officer of the Nigerian Police Force, Jimoh Moshood, has stressed that the fatal incident that took place in Ile-Ife, an ancient town in Osun state, south-west Nigeria, was not an ethnic clash.

According to him, those same youths do business together and have always lived in harmony, regardless of their tribal differences.

He made this position known while addressing the allegations by Yoruba youths that the Force had handled the case in a one-sided manner.

They had alleged that those paraded at the Force headquarters were Yorubas, and no Hausa or Fulani was among them.

Mr Moshood however stated that the Osun State Commissioner of Police, among other people handling the case, were equally Yorubas.

He said it would be wrong for anyone to make a blanket accusation against the Police, describing it is as a disservice to the efforts of the Inspector General of Police.

Giving a background of what resulted in the fatal clash, he said a certain Oba of a Local area, who is also a Chairman of the National Union of Road Transport Workers (NURTW) in the area, moved in with thugs to attack a community, following an assault on his wife, which occurred the previous day.

He stated that when the crisis started, the Police moved in immediately to resolve it, however, people started burning houses, property, and killing people.

“96 People were injured, 81 were treated and discharged, and 15 were still hospitalized as at the time we did the parade of the suspects and 46 people were killed in this process,” he confirmed.

He also stated that when the crisis erupted, the IGP promptly deployed Special Intervention Force from the Force Headquarters headed by a commissioner of Police, in charge of Police Mobile Force.

“This intervention was very very swift, in ensuring that within two days, the arrow head was arrested.”

The PPRO further stated that investigation was still on-going and he confirmed that 38 people have so far been arrested and taken to Abuja for more thorough and discrete investigation.

Mr Moshood, however, stated that 18 of them were later found not culpable and amongst them were Yorubas as well as Hausas.

“Our intervention was very prompt and we ensured that including the northern states, the effort of the Police were equally circulated in local language for people to know that we have intervened and the situation is under control.”