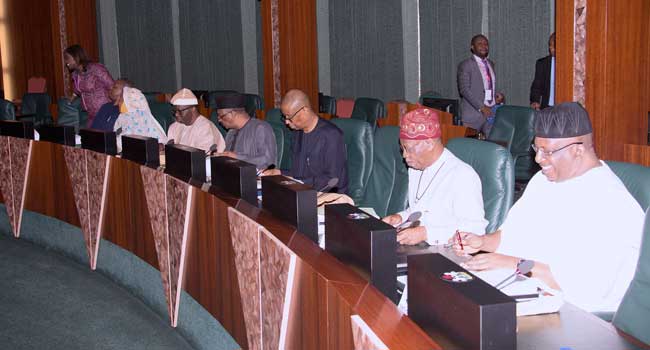 The Federal Executive Council has approved the establishment of six new private Universities in Nigeria.

Minister of Education, Adamu Adamu, disclosed this on Wednesday at the end of the FEC meeting which held inside the Council Chamber of the Presidential Villa in Abuja.

The meeting was presided over by Vice President Yemi Osinbajo as President Muhammadu Buhari paid a two-day working visit to Kano State.

According to Mr Adamu, the approval was part of steps taken to enable the National Universities Commission (NUC) ensure maximum supervision of universities across the country.

“The Ministry of Education presented a memorandum to the Federal Executive Council on the establishment of six new private universities, and it has been approved,” he said.

“The issue of quality assurance, issue of standard, and the issue of accreditation will be looked into very seriously.”

Meanwhile, the Minister of Information, Mr Lai Mohammed, also briefed reporters on steps taken by the Council to resolve long fuel queues across the country.

Mr Mohammed said the Minister of State for Petroleum Resources, Dr Ibe Kachikwu, has been issued a marching order to end the queues before the end of the week.

He also explained that Dr Kachikwu was absent at the press briefing because he was attending another crucial meeting in line with the directive to end the fuel queues.

The minister said that government was never planning to increase the pump price of petrol at any time and would never support any such move.

“The government has no intention at all to increase the pump price of Premium Motor Spirit (PMS),” Mr Mohammed said.