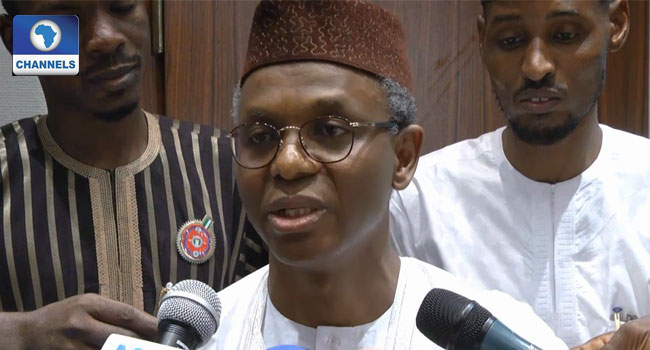 The Kaduna State Police Command and the state government have warned members of the Nigerian Union of Teachers (NUT) against embarking on any illegal procession or protest around the state or engaging in any act that violates the law or threatens the peace of the state.

The warning came against the backdrop of a planned protest scheduled for Thursday by the NUT and Nigerian Labour Congress (NLC), following the sack of over 21,000 teachers who failed a competency test in June last year.

The State Commissioner of Police, Agyole Abeh who addressed journalists in his office on Wednesday, warned against further unlawful assembly, lawlessness, incitement, and acts capable of breaching the peace across the state.

He also added that any breach of peace by the striking teachers would be dealt with decisively.

On its part, the state government, while warning the teachers on the consequence of embarking on any unlawful procession or assembly under the law, insisted that no amount of sentiment or blackmail by the Union will result in subjugating the future of two million school children to the caprices of unqualified teachers.

He explained that government has proposed a package to help ease the post-service transition of disengaged public servants, adding that there was no way to even contemplate retaining teachers who have shown incompetence in discharging their responsibilities.

“The Kaduna State Government is encouraged by the overwhelming support of parents for its Education reforms. Ordinary people clearly understand that the government is making public primary schools better for the sake of citizens and their children. They have seen failed teachers and the NUT disrupt schools as they try to force others to join the strike, and they know that it is the government that is standing for their interests.

“No amount of sentiments will result in subjugating the future of these two million children to the caprices of poor teachers. Not strikes. Not blackmail. Not craven indulgence in tired clichés. The urgency of serving our people does not permit us to retain unqualified or redundant workers just because they were able to sneak in. Perhaps the labour unions are unable to identify or grapple with the great issues of the day if they are not prompted by external actors, but not every social actor shares that affliction.

“There is no way to even contemplate retaining teachers who have failed badly, and who are actually in need of adult education classes in Literacy and Numeracy.”

Furthermore, Aruwan noted that the same NLC and NUT officials who formed part of the committee that supervised the competency test, are among those planning the protest, a development that he described as an attempt to “save face”.

“It is instructive that NLC and NUT officials were part of the committee that organised and supervised the competency test. They requested that 60% be accepted as a pass mark for teachers writing a Primary Four exam, but are reluctant to admit to their members that they endorsed the logic that unqualified teachers must go. To save face, they have shamelessly tried to repudiate their participation in the process.

“The government has proposed a package to help ease the post-service transition of disengaged public servants. But nobody should foster the delusion that this government will be browbeaten into surrendering the interests of the majority for a vocal and selfish minority.

“The last time the NLC and NUT organised what they called a peaceful rally, they attacked the Kaduna State House of Assembly and destroyed public property in addition to engaging in an unlawful assembly and other violations of the Penal Code of Kaduna State. The Attorney-General of Kaduna State has filed criminal complaints and has obtained bench warrants for the arrest of those involved in the fomenting the chaos of Wednesday, 8th November 2017.

“Government is committed to protecting the lives, property and livelihoods of the citizens of Kaduna State, and will take firm and decisive actions against any persons or group that seek to undermine this. The security agencies have already made it clear that no body or group will be allowed to repeat those messy incidents or threaten law and order in Kaduna State in the guise of a march.

“Trade unions cannot hold our state to ransom, by shamelessly insisting on the retention of bad teachers, or baselessly claiming that a state must spend all its resources on 1% of the population,” Aruwan stated.