The Nigerian Security and Civil Defence Corps (NSCDC) has apprehended seven suspected members of an oil bunkering gang with over 200 drums of diesel valued at over N10 million at a creek in Calabar South Local Government Area of Cross River State.

The creek, located at the Jebbs area of Calabar South, is said to be a hideout and a major route for oil thieves and a hub for bunkering activities within states in the Niger Delta.

State Commandant, NSCDC, Stephen Lar, speaking shortly after parading the suspects and the products at the Jebbs creek, warned that the command was focused on ridding the creeks in the state of illegal activities.

The NSCDC boss decried oil bunkering as sabotage to the nation’s economy, noting that the oil thieves are using the creeks as a route to perpetuate the evil act.

Lar warned criminals using other creeks within the state for such nefarious activities to desist from doing so or be prepared to meet their Waterloo in the coming days.

Meanwhile, the products discovered with the suspects have been moved to the Civil defence office for testing while the suspects according to the command will be arraigned. 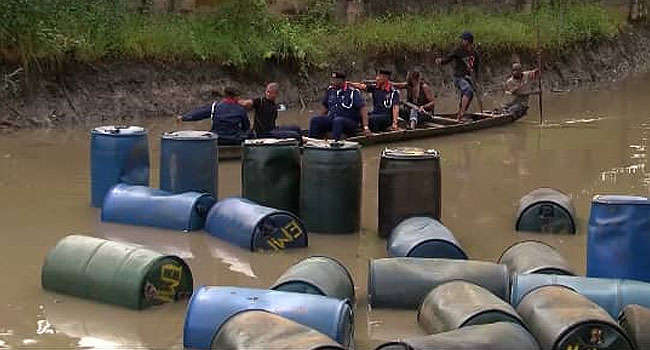 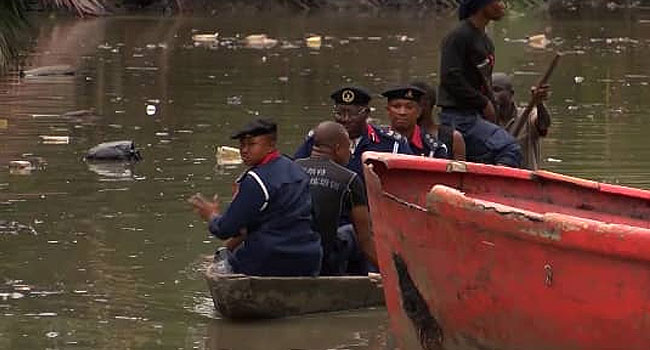 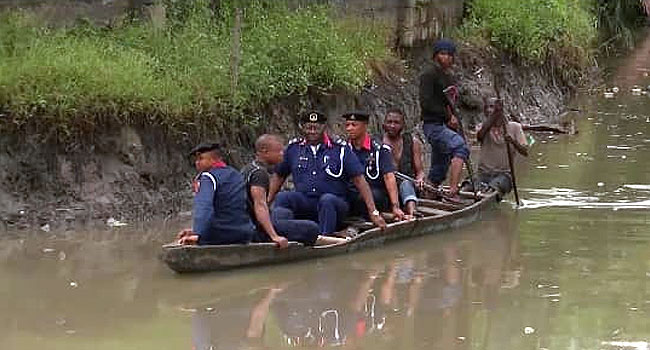 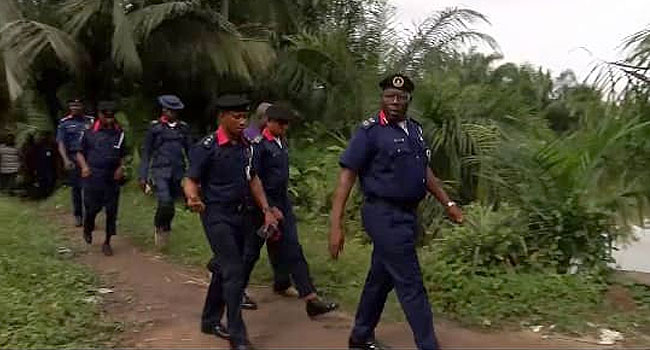 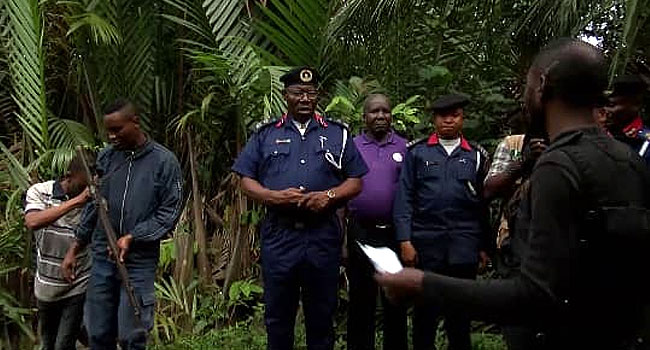 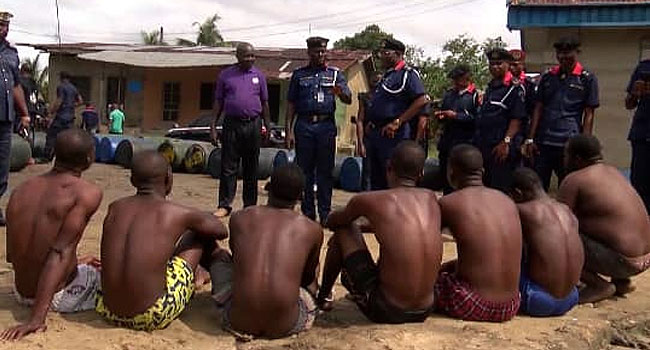 NSCDC To Train 100,000 Agro-Rangers To Fight Banditry In Niger, Other States