Accommodate Those Who Can Add Value To Your Govt, Ajimobi Tells Makinde

Governor Abiola Ajimobi has advised the governor-elect of Oyo State, Mr Seyi Makinde, to shun bitterness and accommodate those who can add value to the progress of the state.

The governor gave the advice on Thursday when he received Mr Makinde who led his deputy governor-elect, Mr Remi Olaniyan, and several others on a courtesy visit to the Government House in Ibadan, the state capital.

It is the first time a governor-elect would visit an incumbent in the state, since the return to democracy in the country in 1999.

“You must beware of praise-singers and avoid acrimony. It is also better to leverage relationships. I know you as a man of peace,” Governor Ajimobi told his guest.

He added, “You have started with a very good spirit. I want you to encourage inclusiveness and accommodate those you know can add value to your government and the state.”

The governor commended the governor-elect, who contested the election on the platform of the Peoples Democratic Party (PDP), for initiating the visit.

Governor Ajimobi gave the assurance that he was ready to render useful advice and support to Makinde when necessary, despite being a member of the All Progressives Congress (APC),

He said, “It is good that we have moved the state to a civil level. We thank God that the electioneering campaign was devoid of disparaging comments and accusation.

“We have achieved and may the Almighty God grant you the wisdom to also achieve the best. We want you to leverage our achievement and improve upon those we are yet to achieve.”

Earlier, the governor-elect explained that his visit was necessary to tap from the governor’s wealth of experience and seek his assistance for the serious work of governance.

He promised to give his best towards sustaining their shared vision towards a prosperous Oyo State, where justice and equity would prevail.

“Our state is dear to us all. You have done your part and done your best. We will still continue to relate very well towards building a state where fairness and equity will prevail,” Makinde said. 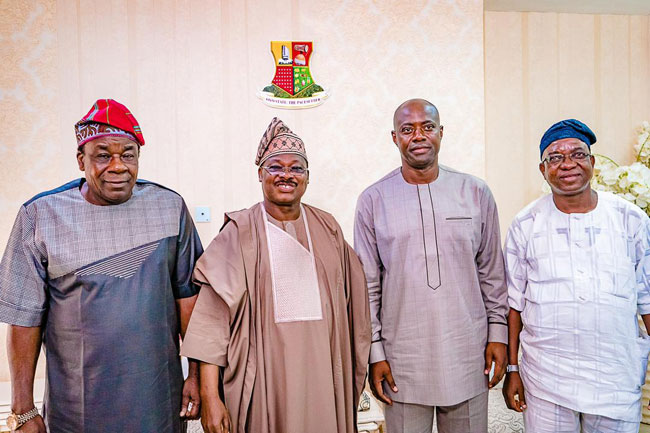 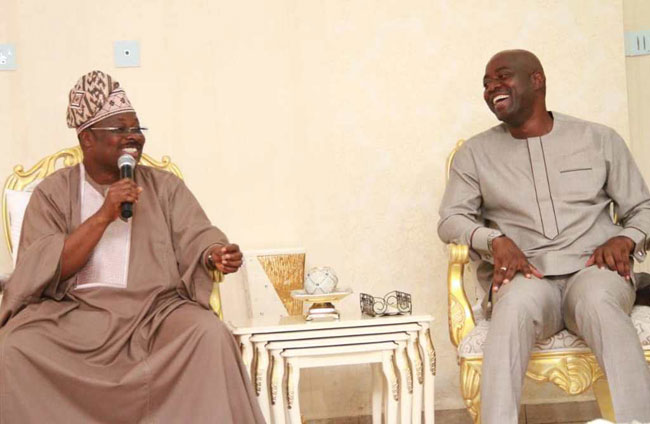 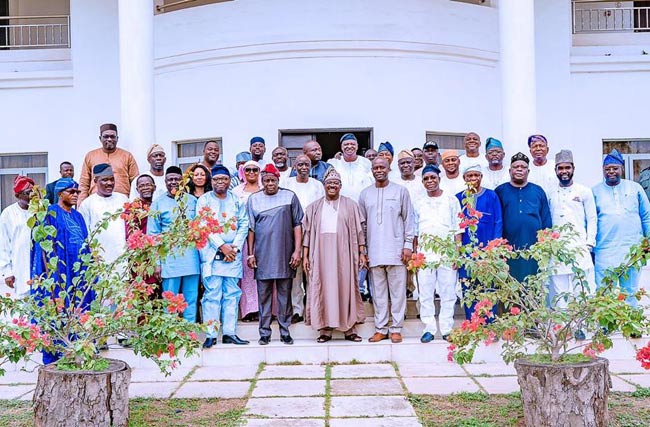 Don’t Die For Politicians, Makinde Says As He Attends Wedding Of Fayose’s Son