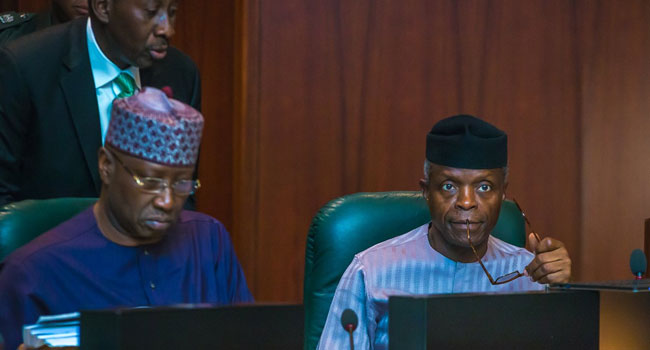 The session resumed at 10:00 am and had in attendance the Secretary-General of the Federation (SGF), Boss Mustapha; National Security Adviser (NSA), Babagana Monguno and some ministers.

The FEC meeting may be the last before the valedictory session for the current members of President Muhammadu Buhari’s cabinet.

President Buhari is expected to dissolve the cabinet to end his first term in office ahead of the May 29, 2019 swearing-in ceremony.

Last week, there was an extraordinary session of the council meeting on Thursday which was presided over by the vice-president.

President Buhari is currently in Saudi Arabia for the lesser hajj.

Before his departure, the president presided over the council meeting on Wednesday, which lasted several hours.