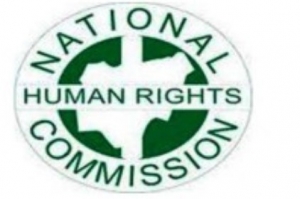 The National Human Rights Commission said on Thursday, June 26 that it had received a petition from the members of the Jigawa Forum over the arrest and detention of 486 persons suspected to be Boko Haram members in Abia State.

In a statement by the commission’s Chief Press Officer, Fatimah Mohammed, the group, led by one Alhaji Ahmed Wanga, demanded an immediate release or prosecution of the detainees as they observed that the suspects had been detained for 10 days running.

The Executive Secretary of the commission, Prof. Bem Angwe, received the petition from the group on behalf of the NHRC.

The statement quoted Angwe as urging Nigerians to support the security agencies in their bid to combat insurgency, but also advised the security operatives “not to hide under the cover of security to infringe on the rights of the citizens.”

He also urged the security agencies to ensure that arrested persons were subjected to a screening process to separate those who for justifiable reasons were suspects, from those going about their normal businesses.

Prof. Angwe commended the group for not taking the laws into their hands but rather approached the commission which would ensure that the rights of the detained persons are enforced in line with the mandate.

The helmsman of NHRC also used the opportunity to reiterate that every Nigerian is entitled to his fundamental rights to freedom of movement and that “any attempt to breach this constitutional provision constitutes a setback to democracy” and therefore urged the relevant authorities to ensure that no citizen is detained unduly.

The Chief Executive Officer of NHRC described the current insecurity in the country as unfortunate and disturbing.