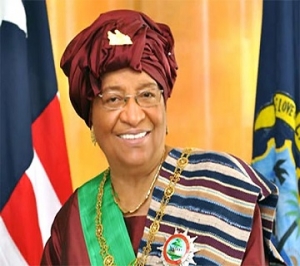 The Liberian President, Ellen Johnson Sirleaf, has imposed a night- time curfew and quarantined two affected neighbourhoods in a bid to stop the Ebola epidemic rampaging through West Africa.

The President said that the commencement of the curfew would start on Wednesday, August 20, from 9:00 pm to 6:00am daily.

Since the beginning of the year, more than 1,200 people have died of the virus in four West African countries.

In Nigeria, a top Lagos doctor, who attended to the Liberian-American man, Patrick Sawyer, that brought the Virus to Nigeria died of the virus on Tuesday. That brings the number of people who have died of Ebola in Nigeria to five, the health ministry said.

Colleagues said consultant Stella Ameyo Adadevoh was the first medical practitioner to order that a sick patient from Liberia be tested for Ebola when he was admitted in July.

The Chief Medical Director at Lagos University Teaching Hospital, Akin Osibogun, said that late Stella Adadevoh was a hero who contained the late Sawyer from leaving the hospital when he was tested positive to the virus, helping to contain the spread of the disease.

“We owe her a lot. She managed the situation like a thorough professional that she was. She had helped Nigeria to contain the epidemic in her own way.”

Government authorities had said five people have recovered from the virus in Nigeria and have been discharged from hospital in Lagos after they were confirmed fit and without the virus. Two are still being treated.

The outbreak in West africa has claimed at least 1,200 lives and it had started affecting travellers in the region, as several airlines have stopped flights.