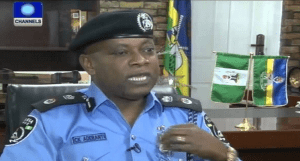 The Commissioner of Police, Lagos State, Kayode Aderanti has advised Nigerians who intend to employ domestic staff  to allow the police have a thorough investigation on the staff before employment.

This is coming after the kidnap of three children by a nanny who was employed through an online platform.

The Commissioner explained that the information of the abducted children was gotten to his office by the D.P.O who stays close to the parents of the abducted kids and action was taken immediately (24hrs).

Speaking on Channels Television’s Sunrise Daily, CP, Aderanti stated that the investigative process is a way of preventing kidnappings by employees or fraudulent people.

He further stated that once an employer identifies a potential employee, the police should be contacted to begin an investigation before the employment details are finalised.

He said fingers and thumb prints as well as pictures will be taken and filed after which investigations/ background checks will be carried out, and the employer will be notified if the person is fit or otherwise for the job.

The Commissioner cautioned all parents to be aware of kidnappers disguised as domestic staff, likening it to the kidnap of the 3 children and several others that have been happening in the country.

Mr Aderanti maintained that the police profiling will to ensure prompt investigation within 24 hours with the use of technology to enable the culprit(s) to be tracked.

The Commissioner of Police also emphasized the need for a background to be done on any form of guards or security personnel to be used as applied in the case of kidnap.

The Commissioner also spoke on the armed robbery incident that took place in Lekki, saying that the investigation process is still on, adding that the perpetrators will be made public.

The Commissioner stated that investigations have been carried out on areas where violence broke out but commended the force a being able to curb the crisis and still maintain peace across the state.

Welfare of the Police

He also commended the Inspector General of Police (Suleiman Abba) for holding the interest of the police officers at heart and ensuring that their needs are catered for and called on Nigerians to ensure that they make use of the police toll free line which is 767, 112, or direct line 08127155071 and 08079279349 when emergencies arise.