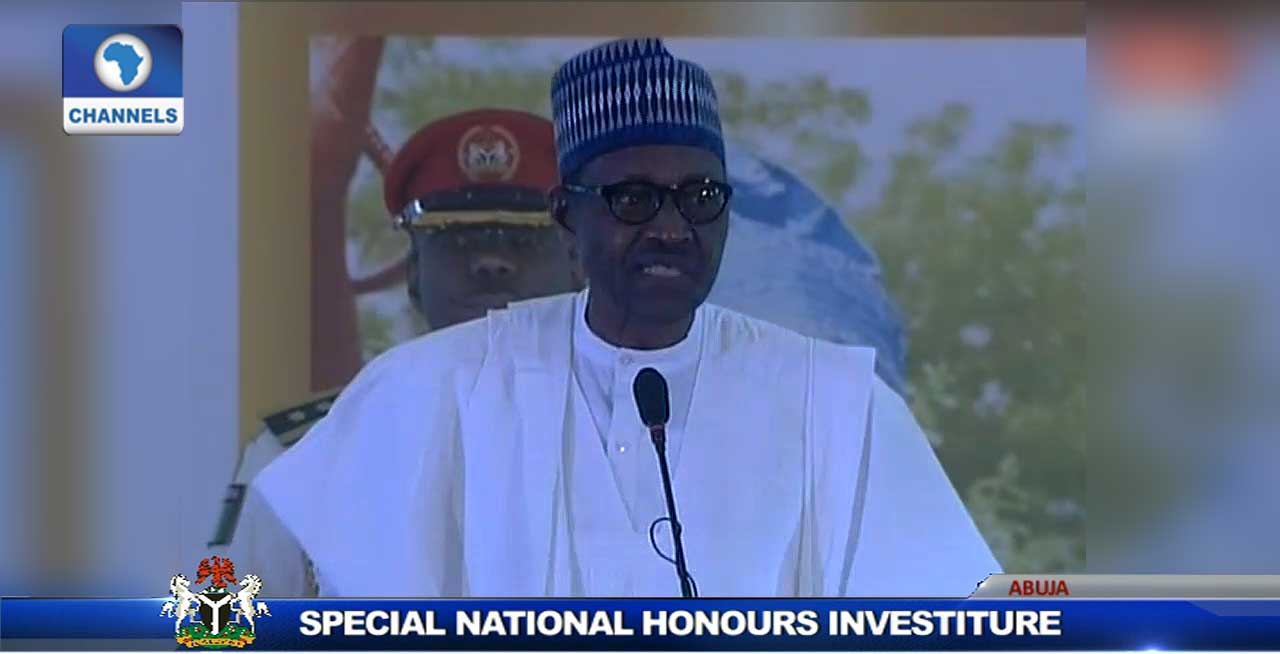 President Muhammadu Buhari has apologised to the family of the presumed winner of the June 12, 1993, presidential election, Moshood Kashimawo Olawale Abiola, for his travails after the election.

The president gave the apology in Abuja on Tuesday after conferring the title, Grand Commander Of the Federal Republic on Abiola.

“On behalf of the Federal Government, I tender the nation’s apology to the family of late MKO Abiola, who got the highest vote [in the election], and to those that lost their loved ones in the course of the June 12 struggle,” President Buhari said before getting guests to observe a minute’s silence in honour of those who died.

The decision to honour MKO Abiola and to declare June 12 Democracy Day followed years of clamour by the activists, statesmen, groups as well as the family, associates, and friends of the late businessman and politician.

And President Buhari believes it is important for Nigerians to accept the decision “in good faith” and help the nation move forward.

“We cannot rewind the past but we can at least assuage our feelings, recognise that a wrong has been committed and resolve to stand firm now and ease the future for the sanctity of free elections,” he said.

“Nigerians will no longer tolerate such perversion of justice. This retrospective and posthumous recognition is only a symbolic token of redress and recompense for the grievous injury done to the peace and unity of our country.”

According to the President by moving past the negatives of the struggle, Nigerians would be able to fully benefit from June 12.

On June 6, 2018, President Buhari declared June 12 Nigeria’s new Democracy Day and announced that Abiola, and his running mate Babagana Kingibe, as well as human rights activist Gani Fawehinmi, would be honoured along with other heroes of democracy.

Although some have questioned the motive behind the move, the President rejected the claim.

“The decision at this event is not mean to be, and is not, an attempt to open old wounds but to put right a national wrong,” he said.

Nigerians, of their own free will, voted for Chief MKO Abiola, and Babagana Kingibe – the presidential flag bearer and running mate of the Social Democratic Party in the 1993 elections.”

He accused the government of the day of cancelling the elections when it was clear who was going to be the winners.

Although the 1993 general elections received widespread acclaim and have been adjudged as the freest and fairest elections in Nigeria’s history, military Head of State at the time, General Ibrahim Babangida annulled it.

But Chief Abiola who contested under the Social Democratic Party and held a massive lead at the polls before the annulment insisted on his mandate and that the outcome of the election be upheld.

As a result of his fight for justice, military President General Sani Abacha jailed him in 1994 after he declared himself the lawful president of Nigeria.

Despite calls in Nigeria and abroad for his release he was not released from prison and died incarcerated on July 7, 1998. 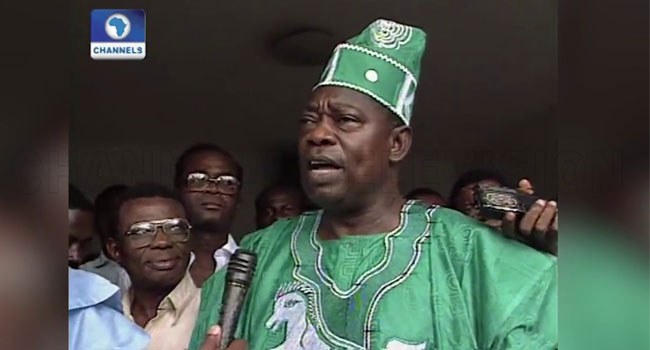