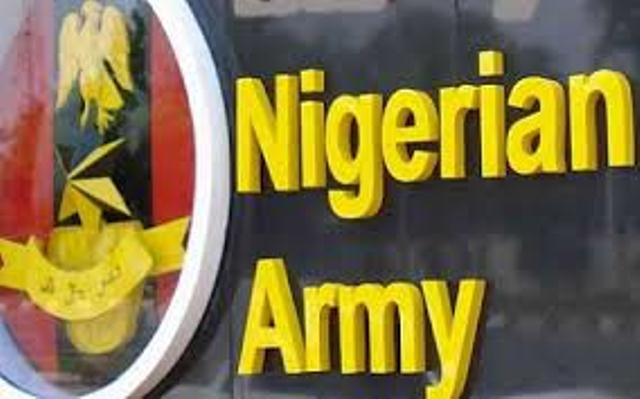 The Nigerian Army has kicked off an initiative aimed at maintaining peace in the restive Delta State communities of Aladja and Ogbe-Ijoh.

Led by the General Officer Commanding (6) division of the Nigerian Army Maj. Gen. Jamil Sarham, the military team visited both communities on Saturday, urging them to shun violence and embrace peace.

According to the force, the initiative called the Operation Crocodile Smile (III), seeks to build a strong relationship between the military and residents, while protecting oil facilities.

Addressing community chiefs and the traditional ruler, the GOC said, “We solicit your understanding, support and cooperation throughout the period of the exercise and we urge you to always use dialogue to resolve your differences.

“We are here to conduct operation crocodile smile three 2018’’ in your domain, soldiers are servants of the people, we are agents of peace, we engender development”.

Sarham later led his team to the army set up camp at the border of both communities where he inspected a guard of honour.

Thereafter, the team proceeded to the IDP camp in Ogbe-Ijaw where they donated food items and other relief materials to the flood victims.