Efforts In Containing Ebola Have Been Fantastic- Soyinka 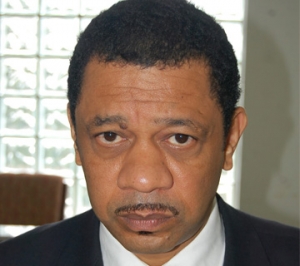 The Ogun State Commissioner for Health, Mr Olaokun Soyinka on Saturday commended the efforts of the Federal and Lagos State governments in containing the spread of  Ebola Virus Disease in Nigeria.

He said the efforts have been “fantastic”, adding that “if you read the media reports there is a lot of good words being said about the Lagos State response; about the speed at which it was picked up and the subsequent response involving Federal Government, partners to support Lagos.

“I think we have seen real team work and the coming together of real expertise”, he said.

He however noted that “containing such epidemics is all about prevention; it is all about the robustness of your basic health care system” adding that “that is why Ebola has got us all nervous because we are still trying to get our health systems back on their feet”.

Dr Soyinka also hoped that “after the thing (Ebola outbreak) has died down, we will have a lasting positive effect, because everybody has seen that we are vulnerable on all these things that we take for granted and we have to put things in place”.

With the proximity of the state to the epicenter of the outbreak in West Africa and Lagos, Dr Soyinka said, the state government began sensitising health officials after a suspected case of the disease was reported in Ghana.

He added that state has learnt from the experience of Lagos, where the first Ebola case was recorded in Nigeria. This experience, according to him, has put the state on alert in case of any eventualities.

“We have not only been training our health care staff and giving them reminders of what this disease is like, what it presents and what to do, we have also set up three isolation units, buy in the necessary protective gears”, he said.

He further added that the centres are located in the three senatorial districts of the state, insisting that “these resource that we have put in place will remain assets that will strengthen the healthcare system of the areas they are situated and the state at large, “even after the scare of the outbreak has been contained”.

Dr Soyinka commended the efforts of First Consultants Medical Centre in diagnosing the disease within 24 hours, adding that “surveillance and picking it up is the key, because it reduces the number of contacts” and allows for “early treatment and care which has shown reduces the death rate”.

The Minister of Health, Prof Onyebuchi Chukwu, confirmed the two new cases of the Ebola, who are spouses of dead victims of the disease and are currently been treated in lagos.

This brings the total number of cases, including the index case to 14, with five deaths and five survivors, while four are currently being treated.

The Federal Government also has approved the release of N200m to the Lagos State in the efforts aimed at containing the spread of the Ebola Virus Disease, seperate from the N1.9 billion intervention fund approved by President Goodluck Jonathan.

As part of measures to curb the Ebola spread, states government have embarked on sensitization programme to help educate Nigerians about the disease and how to prevent it.

The World Health Organisation (WHO) had last week commended efforts made in containing the spread of the Ebola Virus Disease in Nigeria.

said “the situation in Lagos, Nigeria, where the first imported case was detected in July, looks reassuring”.

It further noted that “Intensive contact tracing, conducted by Nigerian health officials and staff from the US Centers for Disease Control and Prevention, has not, so far, identified any further confirmed cases outside the initial transmission chain.

“The intensity of the search and monitoring effort raises cautious optimism that further spread of the virus in Nigeria can be stopped. The search for additional cases continues, as does the current high level of vigilance”,

“At present, the city’s 12 confirmed cases are all part of a single chain of transmission”, it said.

WHO Seeks $20m To Fight Ebola In DR Congo