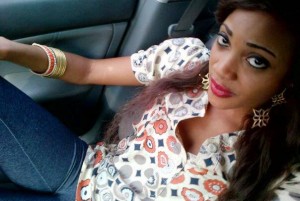 The Lagos State High Court sitting in Igbosere, Lagos Island has convicted and sentenced two men to death by hanging for the murder of late Cynthia Osokogu.

Trial judge, Justice Olabisi Akinlade, held that the prosecution proved the case against them beyond reasonable doubt.

Justice Akinlade sentenced Okwumo Nwabufo and Olisaeloka Ezike to death after finding them guilty of murdering Cynthia Osokogu by chaining her hands and legs, as well as choking and gagging her.

The act was said to have led to asphyxia, the absence of oxygen supply to the body of the victim which the court identified as the cause of her death.

The late Cynthia Osokogu, a postgraduate student of Nassarawa State University, was murdered on July 22, 2012 at a hotel in Festac Town by the men who lured her to Lagos after she met them through a social media platform.

Justice Akinlade had fixed March 23 to deliver judgment in the trial of four men charged with her murder, after counsel to the Lagos State Government and those who represented the defendants adopted their final written addresses.

In arriving at the judgment on Thursday, the judge held that the prosecution had successfully proven against the two defendants the offences of conspiracy to kill, murder, conspiracy to steal and stealing.

She found the convicts guilty on the strength of the circumstantial evidence and exhibits presented against them by the prosecution, and also based on their confessional statements made to the Police.

The court, however, discharged and acquitted the third and fourth defendants on the ground that the prosecution had not proved its case against them.