2018: The Year Of Wakanda, Assurance, Fever, And Hard Goodbyes 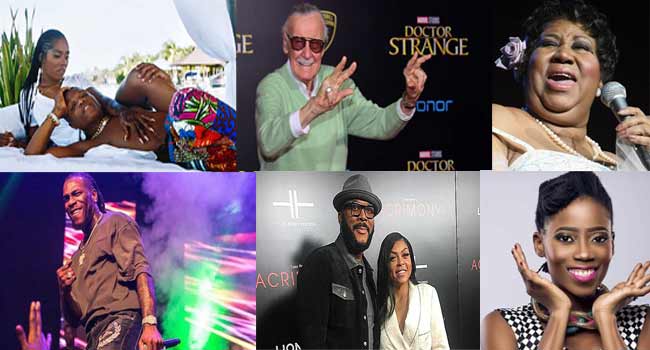 Every year comes with its fair share of good, bad and wild moments and 2018 brought nothing short of that in entertainment.

From Davido giving us Assurance to Amaka disappointing us and Wizkid and Tiwa, giving us Fever and eventually some hard goodbyes we had to say, here are some of the top moments that shaped the year.

Black Panther and the tale of Wakanda (February 16)

The movie which tells the tale of a fictitious African country, Wakanda, from the perspective of affluence, light age development and technology was one of the many that had viewers enthralled.

The film particularly appealed to people of colour because they felt it was a shift from the regular plots which always portray Africa as an underdeveloped, forsaken continent.

More exciting for some fans was the fact that Nigerians were among the cast.

The psychological thriller starring Taraji P. Henson, tells the story of a loyal wife who decides to take revenge on her ex-husband after he becomes successful, following years of their struggle together.

He remarries and lavishes his new wife with everything he had promised his ex-wife – a situation which infuriates her and makes her hell-bent on revenging.

The movie left most of its viewers in utter shock and in a state of introspection such that months after its release, the debate over who was right or wrong lingered.

It was produced, written, and directed by Tyler Perry.

2018 was the year singer, Davido, gave his girlfriend ‘Assurance’, proclaiming his undying love for her.

In the music video for the hit single, his girlfriend Chioma Avril Rowland, made a cameo appearance and the artist was seen professing his love for her, crowning it all by gifting a Porshe Car which was said to be between 45 to 50 million Naira.

The song had most people falling in love and seeking similar ‘assurance’.

Consequently, the lovebirds continued to trend for weeks on end.

While fans continued to show them love, some critics, however, called out the DMW crooner for flaunting his relationship despite having several ‘baby mamas’.

The Royal wedding had the whole world talking for weeks leading up the event and weeks after.

The new Duke and Duchess of Sussex exchanged vows at the altar in St. George’s Chapel in an emotional event that brought the bi-racial US TV star into the heart of the British monarchy.

A cover for US Rapper, Childish Gambino’s This Is America, Falz’ This Is Nigeria, became one of the hot topics of the year as it highlighted major issues around the nation’s politics, security and economy.

The video sparked conversations and immediately gained up to 15 million views in the past seven months.

Raised on gospel, bathed in rhythm and blues and fluent in jazz and pop, Aretha Franklin came to be known as the “Queen of Soul” through seven decades of electrifying performances.

From her father’s church to the hallowed grounds of the US Capitol, Franklin sang for parishioners and presidents and left her mark on music fans everywhere.

She died in Detroit where family and friends had gathered during her final days, her publicist told US media.

Another hot topic of the year was the purported sizzling romance between singers, Tiwa Savage and Wizkid.

While both singers kept mum on the issue, their chemistry in the music video for Wizkid’s Fever, seemed to fuel the speculations that they could be dating.

Regardless of whether or not they were, they had us talking about them as well as enjoying their music and both singers quickly emerged as the top trends on social media at the time.

Hollywood lost the legendary Stan Lee, who revolutionized pop culture as the co-creator of iconic superheroes like Spider-Man and The Hulk who now dominate the world’s movie screens.

Lee rose through the ranks to become a comics writer, making millions of superhero fans dream of his fantastic universes and humans with extraordinary powers, and eventually led the Marvel empire for decades as its publisher.

He died in Los Angeles after suffering a number of illnesses in recent years.

Farewell to the ‘voice of Lagos’ Tosyn Bucknor (November 19)

Nigerians bade farewell to on-air-personality, Tosyn Bucknor, popularly known as the ‘voice of Lagos’ on November 20.

She died at the age of 37, following complications from the sickle-cell disease.

Bucknor was reportedly found dead by her husband, Aurelien Boyer, when he returned home from work.

Known and loved by many, the OAP was buried amid tears and tributes.

Ras Kimono: Rub A Dub King Bows Out Under Pressure

Part of the loved ones we lost in 2018 is the Rub A Dub King, Ras Kimono who died of a heart attack in Lagos.  Sadly, before we could come to terms with the legendary musician’s demise, we heard the announcement that his wife, Efemena Okedi, had passed on also.

She died just three months after he was laid to rest.

Ras Kimono brought us the Rhumba style and for this, he and his lovely wife will always live on in our memories. 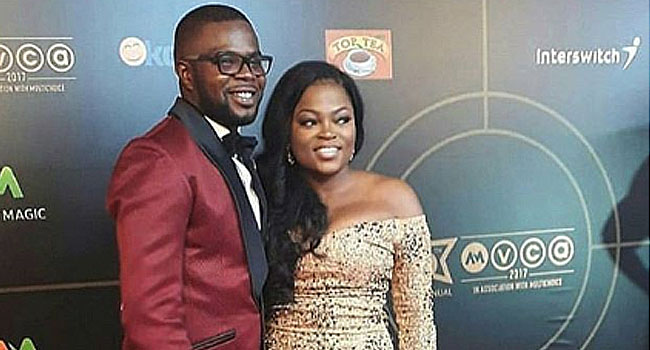 The news went viral on social media after the actress shared some posts expressing gratitude to God.

Funke and her husband got married in 2016 and the twins would be their first together.

Fans and well-wishers took to social media to congratulate the couple.

Before we proceed into gigs and concerts, can we all but give it up for Burna Boy who is arguably the number one show stopper for the year 2018.

With ever-growing followership that seems sometimes like the fans practically worship him, Burna Boy lays claims to the throne as king for the year in review.

That said, you can be sure that there’s no better time to unwind than the holiday season when concerts and all the fun-fair is at its peak.

The commercial hub of Nigeria, Lagos in particular, comes alive as the year winds down.

Although some notable events took place during the course of the year, some of the notable ones include Burna Boy’s concert tagged Burna Live.

The ‘Gbona’ sensation performed his hit tracks such as ‘On the Low’, ‘Ye’ and ‘Wo Da Mo’ at the show.

Other concerts were that of Wizkid and Davido.

‘Daddy Did It On His Own’: Burna Boy Speaks On Grammy Win